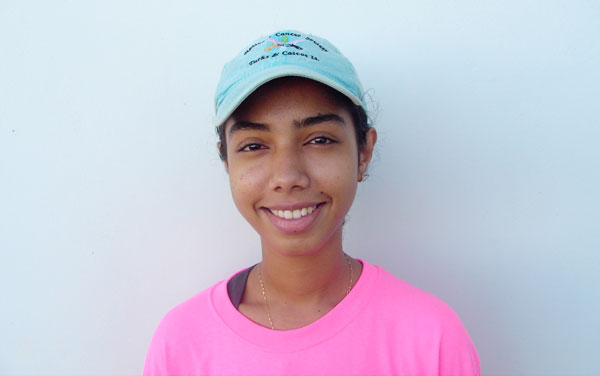 THE Spartan Health Sciences University School of Medicine observed Breast Cancer Awareness Month with a variety of activities which included a breast cancer awareness seminar and a walkathon.

The activities which took place last week and organized by the American Medical Students Association (AMSA)-Spartan Chapter, was hailed a success by the Spartan Association. According to the association, both events generated much interest among participants.

AMSA is one of the school’s student bodies which provide humanistic care for the communities through outreach programmes.

According to the Public Relations Officer of AMSA, JanilaAjith, the objective of the events was to sensitize the public on various aspects of breast cancer, so they can take preventative action to avoid the disease, which is the second most common cause of death among women in the world.

The presenters of the seminar, which was held at the school’s auditorium, were Dr. KeraNatram, of the St. Jude Hospital, who specializes in internal medicine and Lydia Atkins, a lecturer of public health at Spartan.

Participants of the seminar gained a wealth of knowledge about breast cancer. They were educated on topics such as the importance of early screening, its treatment and early signs, among others.

“We learnt a lot about breast cancer at the seminar. We got valuable information which we can share with the community,” Ajith said.

The walkathon commenced at the school and continued into the town of Vieux-Fort and back. In Vieux-Fort, participants who included the general public, and students and staff of the school, distributed flyers to the public, educating them on breast cancer.

“The public was very appreciative…They showed interest in the information we conveyed to them,” Ajith said.

She added that the association was pleased with the outcome of the events and intends to make it bigger and better every year.

Director of student’s affairs at the school, Dr. Boopath Subramanian, said the event was educational and inspiring.

He urged the participants of the walk, to not just take the walk as mere fun, but as a form of exercise which they should do on a regular basis.

Subramanian said AMSA will be increasing the number of community outreach programmes in the south of the island in the coming months. He added that the Association is committed to create a positive change in the lives of residents, as it relates to their health.