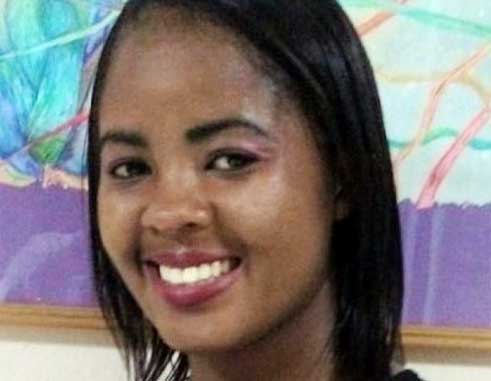 IT is no secret that the academic prowess of St. Lucians is world class. In fact for years, Saint Lucians have established and continue to maintain a reputation of academic excellence in various disciplines in many universities across the world. As such, for many St. Lucians interested in pursuing degrees or professional programmes, the question is not so much whether they possess the ability to achieve or excel, but rather, do they have access to resources and support needed to undertake these studies?

Sadly, in these tough economic times, it may not always seem possible to bridge that gap between ability and the reality of achieving academic success. However, right here, closer to home, at the University of the West Indies (UWI), St. Augustine Campus, Saint Lucians students have achieved this reality, particularly in science and science-related disciplines.

At the recently concluded prize ceremonies, the face of science at UWI was inevitably painted in blue, white, black and gold, due to the many awards received by St. Lucian students. These students deserve acknowledgement for contributing to St. Lucia’s reputation of academic excellence. However, in keeping with the humility of these awardees, the primary focus of this article is not to merely highlight academic achievements but rather to continue making a statement that the gap between ability and the reality of achieving academic success can be bridged.

The objective of the article is also to thank those who have contributed to the academic journeys of these students. It is in this light that these awardees have agreed to share parts of their stories and I humbly acknowledge that the following list of awardees is incomplete.

Ms. Gordon currently teaches science and mathematics at SJC and is forever grateful for the unwavering guidance, support, and encouragement from her mother Ms.TheclaAugustin whose mantra is “leave a trail.”

Meet Ms.Beana Joseph of Gros Islet, she is a proud past student of Vide Bouteille Combined School, SJC and SALCC who believes in volunteerism. She is a recipient of an UWI Open Scholarship Award and is currently in the final year of the BSc. Special in Environmental Science and Sustainable Technology programme. For two consecutive years, Ms. Joseph has received the award for Best Performance in Environmental Sciences and has been on the Dean’s Honour Roll. She summarised her “bridge to success” with the biblical quote, “Look at the birds of the air; they do not sow or reap or store away in barns, and yet your heavenly Father feeds them. Are you not much more valuable than they? Can any one of you by worrying add a single hour to your life?” Matthew 6: 26-27 (NIV), Ms Joseph thanks her parents for their support and encouranging her to strive for excellence.

Meet Joanne Norville, who is currently pursuing a double major BSc. programme in Environment and Natural Resource Management and Entrepreneurship. A past student of the Anglican Primary School, SJC and SALCC, Ms.Norville believes in holistic development and that adopting an attitude of appreciation improves the quality of life. She received the Faculty of Food and Agriculture Award for Most Outstanding Student in Year 1 and the Environment and Natural Resource Management Award for Best Student in Year 1. She expresses thanks to her parents, Mr. Peter Norville and Mrs. Joan Norville who always supported and encouraged her to do her best.

Meet Marinus Jules past student of Choiseul Secondary School whose vision is to become a livestock scientist and contribute to food security in the Caribbean. Jules is currently pursuing a BSc. General Agricultural Technology programme and has received awards for: Best Performance in Agricultural Technology Level 2, Best Functional Food Pack, Best Agri-product and Best Overall Student performance in the Practical Tools and Techniques in Agriculture course. He thanks his mother Geneva Jules for all her love and support and urges persons to never give up on their dreams for “their limit is only what they place on themselves”.

Meet Zia Barnard, the current Vice President of The St. Lucian Students Association in Trinidad and Tobago (LuSATT) who believes, like Nelson Mandela, that “education is the most powerful weapon which you can use to change the world”. Ms.Bernard who enjoys outdoor activities such as waterfall hunting and hiking, is currently pursuing a B.Sc Degree in Biology with specialisations. She received the award of Best Performance in Biology (Year 1) and believes that dedication, perseverance, prayer and discipline are the key factors to success. Ms. Barnard is a past student of Choiseul Secondary School and SALCC and thanks her parents Mrs Monica Barnard and Mr. Teddy Barnard and siblings Davis, Zanna, Ted and Zaine Barnard for their unwavering support.

It is worth noting that all the awardees who are well on their way to graduate with First Class Honours attributed their success to a strong faith in God and the support of family, friends and teachers.

Other St. Lucian students who also performed remarkably well include Lauric Etienne who graduated with a First Class Honours Degree in BSc Biochemistry with a minor in Biology, Kasha Jn Baptiste who was on the Dean’s Honour Roll (2013/2014) and received the award for Best Performance in Environmental and Natural Resource Management (Year 3) and YenverCaezar who received the award for Best Performance in International Relations (Year 1).

The author would like to thank the academic staff, particularly Dr. Winston Elibox and students of UWI, St. Augustine for bringing these achievements to his attention.