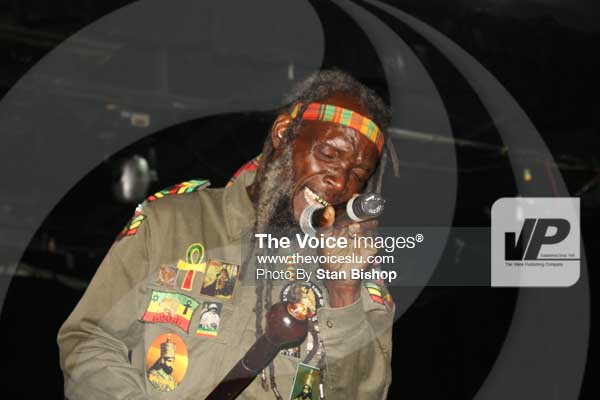 DIGICEL as a pioneer in the promotion of St. Lucia’s cultural development, for the month of October, supported a host of activities and events in observance of Creole Heritage Month.

Last Saturday, Digicel brought down the curtains on its Creole calendar, in collaboration with De Soca Lypso Revue Tent at the National Cultural Centre (NCC).

In an effort to enhance the writing skills and develop capacity of participants, while simultaneously preserving St. Lucia’s Creole heritage, organizers also hosted a series of writers’ forum workshops to expose interested persons to the art of writing in Creole.

In commenting on the workshop, De Soca Lypso Revue Tent Leader, Jeane Leon said: “Our objective as a tent is to always make a meaningful contribution to Creole Heritage Month by showcasing the diverse talents that exist among not just tent members but other artistes and community groups. We also see ourselves as advocates for the local cultural genres of music and we believe that increased public awareness and sensitization is imperative.”

Marketing and Communications Executive at Digicel, Miss Louise Victor, commenting on Digicel’s support for the event said: “Digicel has been and continues to remain committed to St. Lucia’s cultural development and we believe in supporting extraordinary initiatives with a deep developmental focus. The Kweyol Song competition ‘AnnouManjé, Chanté epi Danséen Kweyol’ met all these objectives, hence, we were more than elated to have been the gold sponsor of this amazing event.

We commend De Soca Lypso Revue Tent on their efforts in producing this unique show and we look forward to growing this relationship even further.”