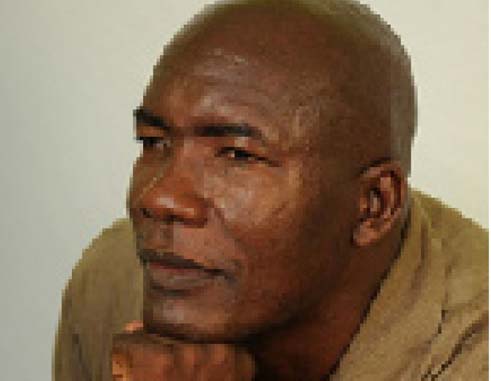 The event which is the Forum’s way of celebrating the achievements of Nobel Literature Laureate Derek Walcott, honours St. Lucia’s elite poets and writers with an evening of literature at the Castries Central Library where the celebrated writer reads from his or her work, entertains questions from the audience, and reads some of his/her favourite pieces of Walcott’s work.

Reynolds was born and raised in Vieux Fort. He holds a doctorate in food and resource economics from the University of Florida. After a 20-year sojourn in North America, ten of which was spent attending college, he returned to St. Lucia to, as he said, enmesh in his culture.

Since his return, Dr. Reynolds has become one of the island’s most prominent and prolific writers. His first book, the novel Death by Fire, won the 2001 M&C main award for literature. His second book The Struggle For Survival: a historical, political and socio-economic perspective of St. Lucia won a 2003 M&C Prize for prose. And his third book (forthcoming), a novel titled The Stall Keeper, was the winner of the 2012 National Arts Award for prose.

Dr. Reynolds’ writings, be it fiction or nonfiction, have been described as a world in which a great drama unfolds, where history, geography, nature, culture, the supernatural, and socio economic factors all combine to seal the fate of individuals, communities, or for that matter, a whole nation or civilization. In this crucible of a world, readers are provided with deep insights into where St. Lucians come from, who they are as a people, and how they became who they are.

Tuesday’s Laureate’s Chair gets underway at 7:00 p.m., and is free and open to the public.