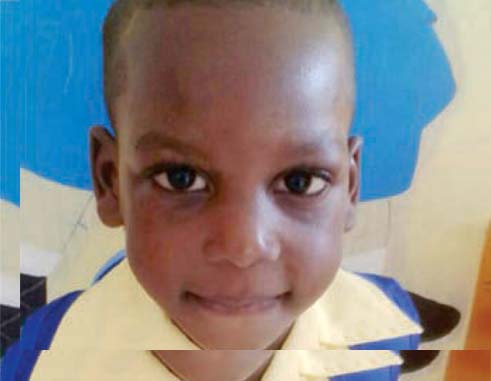 POLICE yesterday announced that they had arrested and detained “two individuals” in connection with the death of a four year old boy of Grand Ravine, Dennery. But they gave no other details.

St Lucians have taken to social media in their hundreds to comment and express themselves on the death of the boy which police had earlier ruled a homicide.

Whilst members of the local media and the Press Office of the Royal St. Lucia Police Force have been treading carefully with revelations and details of the delicate case involving the death of Milan Ferdinand, angry locals have taken it upon themselves to reveal the image of a woman who they speculate to be the main culprit in the matter.

It is believed that the person posting the image was a friend of the one being accused.

Although no one has been charged for the death of the little boy, the public has been having a field day with their speculations, even to the point of claiming to know who inflicted the blows that caused the boy’s death.

Police said a post mortem examination has revealed that Ferdinand, who lived with his father and stepmother, died as a result of severe brain damage and head injury due to blunt force trauma. Also noted were multiple blunt force traumas all over the body, a Police statement said.

Ferdinand was transported to the Victoria Hospital on Saturday October 3, with his injuries and succumbed last Friday.

Family of the little boy have also been on the media venting their anger and frustration over the incident and pointing fingers at who they believe to be responsible for the death, St. Lucia’s 23rd homicide for the year.

On social media, however, discussion on the incident continued unabated with contributors speaking out boldly. The photograph of a woman which was posted to social media site Facebook, on Thursday, had already gone viral with over 300 people sharing it after just 72 hours.

The photograph has garnered hundreds of angry and even threatening comments, some calling for the woman to be hanged. It is another case of the downside of social media where statements can be posted and allegations made without sanction.

The public have assumed the roles of judge, jury and if they had their own way, executioner, as they feel that a serious injustice is taking place because of the fact that no one had been charged with Milan’s death up to the time of writing Friday.

Amongst the barrage of hate-filled comments, however, not everyone was baying for blood.

Said one contributor: “Folks, we cannot let hate take hold of our hearts…yes, it was a bad thing…yes she is Christian ….but….we must forgive and show love…hate will only bring more hate…”

UNICEF Champion for Children and Ambassador for St. Lucia, musician Taj Weekes has expressed his frustration and anger over the death of the toddler.

Weekes who began a campaign last year called “Breaking The Silence” to raise awareness about child abuse and to rally supporters to come to the defence of children, said his main message then was that he was tired of speaking repeatedly about the way parents and guardians ill-treat their children.

He said: “We’re beating children, we’re abusing them and this really is what’s happening.”

Weekes said urgent sensitization is needed for parents and guardians alike to teach them better methods of disciplining children rather than using brutal force in the form of corporal punishment.

He said: “We the society have not come far enough to teaching our parents how to deal with our children.”

But Weekes said that parents were not the only ones to blame in this grave matter. Society, he said, played a major part in its failure to save this child’s life.

He said: “As much as I am upset with (whoever) beat the child to death, I’m just as upset with our society for not empowering our parents with ways to deal with our kids when we’re upset. We’re in 2015 and we have to deal with this. This child was beaten on his head till he died…I don’t know what more say!”

Weekes added that whilst it was easy to point fingers at the parents of the four year old, “we should look at ourselves and blame society for failing those mothers and equipping them with other ways in which they can deal with their stresses”.

Weekes also addressed the Minister for Education, arguing that the problem persists not only at home but in the schools as well and swift action was needed to put an end to that particular issue.

“It’s just a pen signature away”, Weekes added. “The Minister of Education has to get to the point where he realizes that corporal punishment is not the way to go. We have to move beyond beating our children….”

Weekes expressed “extreme disappointment” at the fact that he will be forced to attend the funeral of a four year old under such circumstances.