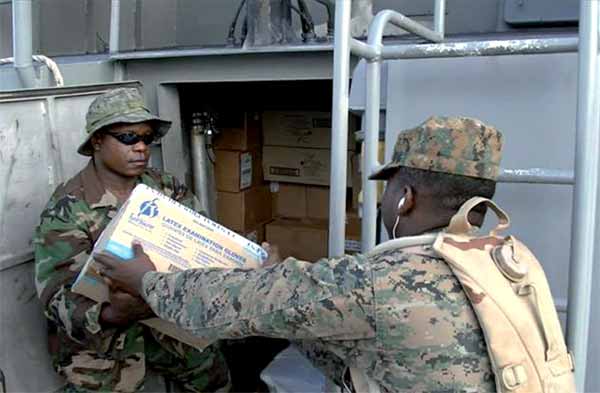 VERY often, it takes a tragedy to bring out the triumphant spirit in people. In the case of Caribbean people, that has become perhaps one of the region’s best-known clichés. The recent death and destruction caused in sister isle, Dominica, by Tropical Storm Erika is no exception.

Ever since Erika battered the Nature Isle on August 27, the outpouring of love and support for Dominicans has been superlative. People from neighbouring islands are already treating the tragedy as having occurred in their own constituencies. The water that divides the islands seem to become electrically charged, enough to make all Caribbean people see Dominica and Dominicans as truly family. In truth, Dominica is part of our constituency.

In Saint Lucia’s case, the relief efforts being mounted to assist Dominica’s recovery are worthy of applause. In the wake of the tragedy, Prime Minister Anthony seemed to be the first shoulder his Dominican counterpart, Roosevelt Skerrit, could lean on. Saint Lucia has been in Dominica’s predicament many times over and has benefitted immensely from the generosity of our Caribbean fraternity, including Dominica.

That is why it’s so important that even as we continue to be at the mercy of this hurricane season that we all do our best to support those already affected. Weather systems come and go, often leaving incalculable costs and damages in their wake. But we should never spare any effort to help those who need our assistance on their path to recovery. Saint Lucia’s fate – weather-wise, that is – can change for the worse in a matter of minutes and place us yet again in the gracious hands of our Caribbean benefactors.

Restoring any semblance of normalcy in Dominica will undoubtedly be a challenging one. Many Caribbean islands have been there and shown their resilience. Grenada faced Hurricane Ivan in 2004 that decimated the island, including the all-important nutmeg industry. Saint Lucia suffered the wrath of Hurricane Tomas in 2010 from which the island was still recovering when the Christmas Eve trough hit in December 2013.

The fate of these islands will always be the same: they will prosper immensely for a time only to have their infrastructural achievements eroded by natural disasters. What remains unchangeable and unshakeable, though, is the unity that continues to shine through even the most torrential rains that turn roads into mud pits and progress into new beginnings. Without that unity, what’s broken would remain broken.

In the spirit of true friendship, it is incumbent that we all learn the lessons from Dominica’s case by respecting the environment and being strong despite the seemingly insurmountable odds.

Supporting Dominica in this regard is supporting not only a humanitarian cause but the Caribbean cause as well.