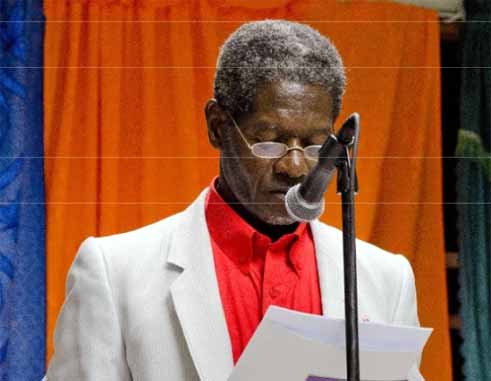 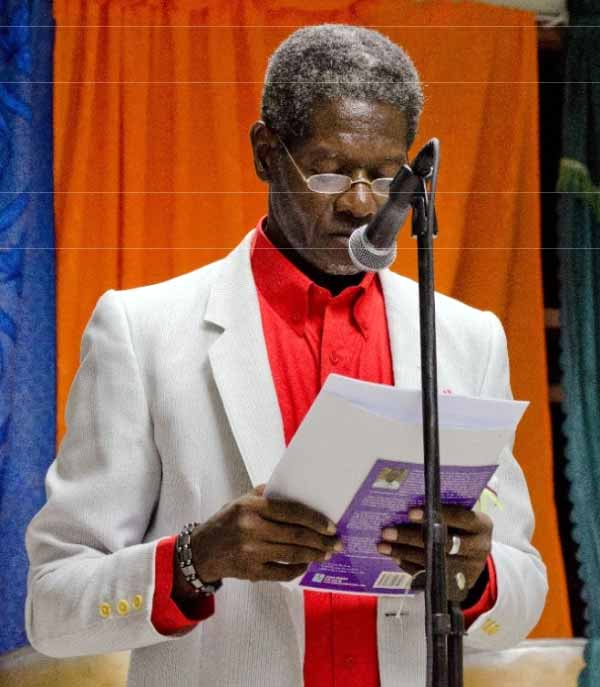 THE Saint Lucia Writers’ Forum has announced award winning poet, ModesteDownes, as the featured writer for September’s edition of the Laureate’s Chair.

The event honours St. Lucia’s elite poets and writers with an evening of literature at the Castries Central Library where the celebrated writer reads from his or her work, entertains questions from the audience, and in honour of St. Lucia’s famous literature Nobel Laureate, Derek Walcott, reads some of their favourite pieces of the great man’s work.

Indeed the concept of the Laureate’s Chair was not only inspired by the muse and aura of Walcott but has received his blessing; he was present at its inauguration and was invited to Downes’ presentation and is likely to attend.

Modeste Downes is in elevated company. He joins Adrian Augier, KendelHippolyte, and Sharon Trezelle as the fourth writer to sit in the Laureate’s Chair.

However, Downes is no stranger to being honoured for his poetry. Indeed, of the many caps the poet has worn, including that of educator, journalist, politician, trade unionist, social and community activist, calypsonian, and song writer, it is as a poet that he has achieved the greatest distinction.

The publication of Phases, Downes’ debut collection of poetry, instantly propelled him into the top echelon of St. Lucian poets, garnering praise from both the critics and the reading public, and pushing him into the ranks of such St. Lucian iconic poets as Kendal Hippolyte, McDonald Dixon and John Robert Lee. Downes was the first (2004) recipient of the George Odlum Award for Creative Artists, and Phases won the 2005 M&C main prize for literature.

The poet followed “Phases” with an even more compelling collection—“Theatre of the Mind”— which won the 2013 National Arts Award for poetry. And last year Downes’ hometown of Vieux Fort, staged “The Poet Speaks”, an evening of poetry, music, and drama that celebrated and paid homage to the artiste for his achievements and contribution to the nation. Downes is now at work fine-tuning his third collection of poetry, “A Lesson On Wings”, for publication.

Some say art is a search for balance, and that art is more about the artiste than the subject matter of the art. Well, indeed, ModesteDownes’ poetry is a mirror into the multifaceted life that he has led. Among other facets, his poetry is a contemplation on religion, politics, art and culture, societal ills, and the Vieux Fort and St. Lucia landscape. And his wit and sharp tongue, are put to good use in his poetry.

Consider a verse of “Haitian Limerick”, where the poet’s wit and religious background come to the fore: “The Pope must be deaf/The Pope must be blind/And he must be out of his mind /To abandon the flock/and the shepherd and stock/As they struggle for freedom or death.” Or the poem “What if”: “What if the Angel—just my mind/Found Mary to be disinclined/And Jesus Christ was never born/Which religion would you scorn?

To listen to this and other poems by ModesteDownes and to meet and engage the poet, The Saint Lucia Writers’ Forum invites the public to the fourth edition of the Laureate’s Chair at 7:00 p.m. today at the Castries’ Central Library.