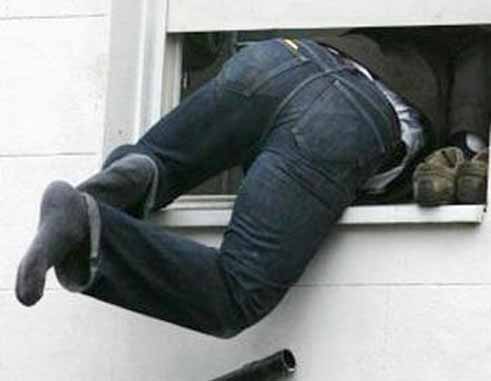 WITH housebreaking being among the most committed reported crime on the island, more definitely needs to be done on homeowners’ part to safeguard their possessions and lives from the hands of criminals.

Increasingly, videos are going viral on social media, catching thieves stealthily having their way with other people’s property. A video surfaced recently with vigilante justice being meted out to a young man who allegedly broke and entered a house at Carielle and was apprehended. The debate as to whether the young man got what he deserved still rages.

Despite many homeowners’ best efforts at securing their homes and business-places, it seems criminals are going to extreme lengths to satiate their materialistic tendencies at our expense. In many instances, a black market is readily available where thieves can fence such stolen items. As such, housebreaking has now become a state-of-the-art business with criminals ostensibly perfecting their craft crime after successful crime.

That’s why neighbourhood watch groups are needed now more than ever. The difficulty with that, though, is that many neighbours are often less than neighbourly with many turning a blind eye to the criminals’ actions. No one ever sees anything when another is affected but expects everyone else to when they are the victims.

Ostensibly, the police seem to not place a great deal of emphasis on housebreaking. The police have often complained about the lack of human and other resources being available, forcing them to instead concentrate on “more serious crimes”. The danger with that kind of posture by the police, however, is that many citizens seem willing to resort to vigilante justice even though our law books condemn such behaviour.

The laws need to be amended to make housebreaking “a more serious offence”, to use the police force’s parlance. The police also need to take the necessary steps to pursue such criminals when they obtain evidence. We also need to become a more liberal society where the people holding us ransom are known so that we can identify them and be more on guard.

People must not be made to live in cages while criminals feel free to make their wages off of the hard-earned gains of others. The laws need to reflect the changing course of our society by becoming more stringent. While many criminals might not be bothered with stifter legislation regarding housebreaking, they will at least know that the offence is a serious one for which there will be serious repercussions.

There are no petty crimes these days, especially when people stand to lose something to criminals, including their lives.