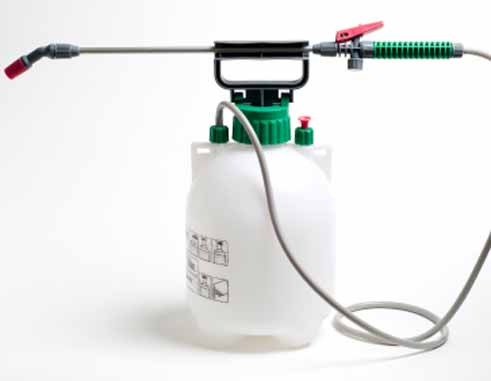 The term pesticide covers a wide range of compounds including insecticides, fungicides, herbicides, rodenticides, molluscicides, nematicides, plant growth regulators and others. Ideally a pesticide must be lethal to the targeted pests (insects, plant diseases, weeds, rodents, germs, weeds or other unwanted home and garden invaders), but not to non-target species, including man. Unfortunately, this is not always the case. When used properly, pesticides can protect your plants or home from damage. However, the rampant use of these chemicals, under the adage, “if little is good, a lot more will be better” has played havoc with human and other life forms and have fuelled the controversy of use and abuse of pesticides.  Often when the term pesticide is used, it is generally with reference to agriculture. However, a large quantity and variety of pesticides are used in the home and I hasten to say in a very casual way.

The theme for this year’s pesticide week is “Protect Children From Pesticides”. This article therefore seeks to create greater awareness of the use and prevalence of pesticides in and around the home, in the context of children and the potential dangers that they pose to children.

Household pesticide use is pervasive. Households island wide have at least one pesticide product stored in the home, and insecticides (e.g. aerosols) are the most common type. A lack of vigilance and precaution is demonstrated by most residents to protect children from exposure to these toxic materials. The National Research Council in an article entitled Pesticides in the “Diets of Infants and Children” indicates that during the first six years of life, the central nervous system is still developing and is thus vulnerable to neurotoxic pesticides. During periods of rapid growth, specifically infancy and adolescence, cells and tissues are proliferating, so that carcinogenic pesticides can have a greater impact at these stages of life.The National Research Council further noted that children represent a sensitive subpopulation in terms of exposures to pesticides because they have higher rates of metabolism, less-mature immune systems, unique diets, and distinct patterns of activity and behaviour when compared with adults. The World Health Organization added that of particular concern are organophosphorus (OP) pesticides, because of their acute toxicity and widespread use both residentially and agriculturally.

Most people are unaware that the pesticides they use in and around their home can be hazardous to their health and that of their children. People often assume that if pesticides are on the supermarket shelves then it must be safe. This is not necessarily true, particularly considering the lack of testing of the effects of pesticides on children.

Children encounter pesticides throughout their environment, including at home, at school, in playgrounds, in hospitals, and in many public buildings and parks. Children also consume water and foods that are often tainted with pesticide residues. When children come in contact with pesticides, the pesticides enter the body through four possible routes: the skin, lungs, mouth, and eyes. The skin is the largest organ in the body, and for its size a child’s skin surface is twice that of an adult per unit of body weight. When skin is wet, cut, or irritated, pesticides can penetrate even faster. Pesticides applied as foggers, bombs, and aerosols generally have the smallest particle size and thus are the most readily inhaled. Children ingest pesticide residues from contaminated food and drinking water and by accidentally ingesting dust.

Another pathway that may expose children to higher levels of agricultural chemicals is take-home exposure. This pathway involves the transport of contaminants from the workplace to the residence on a worker’s clothing or person. Contaminants are likely to cling to and are difficult to remove from clothing, shoes, skin, or hair.

Small children spend considerable time on the floor at home or in day-care, where they come in contact with and ingest dust and soil. Pesticides used around the home get absorbed onto dust particles, and those used on lawns, gardens, and nearby farms end up in soil and are tracked into the house on shoes and pets. Pesticides in soil and dust in indoor environments persist longer than they do outside, where exposure to the sun and rain helps break down pesticide residues. In general, pesticides concentrate at higher levels in household dust than in soil.

Children love playing with pets. However, those who play with pets treated for fleas, ticks, and other pests can be exposed to pesticides. Flea collars, shampoos, soaps, sprays, dusts, powders, and dips usually contain an insecticide. The flea collars that protect pet dogs and cats may expose young children to potentially harmful levels of pesticides which can be released from the collars and spread over the animal’s coat, and can be transferred to children via touch.

Notwithstanding the dangers and prevalence of pesticides in and around the home, there are many easy and very practical ways in minimizing the exposure of children to pesticide within the home environs.

One of the most effective ways to reduce children’s exposure to pesticides in the home is by adopting Integrated Pest Management (IPM) practices. IPM is a safer method of pest management that makes use of a variety of control techniques and focuses on eliminating the causes of pest infestations instead of merely treating the symptoms.

The Government of Saint Lucia through the enactment of the Pesticides and Toxic Chemicals Control Act of 2001 and the establishment of the Pesticides and Toxic Chemicals Control Board plays an integral role in the registration and licensing of all pesticides and toxic chemicals.  The Board is also responsibility for ensuring that Saint Lucians are sensitized and educated about pesticides, their effect, and their management in our daily lives.