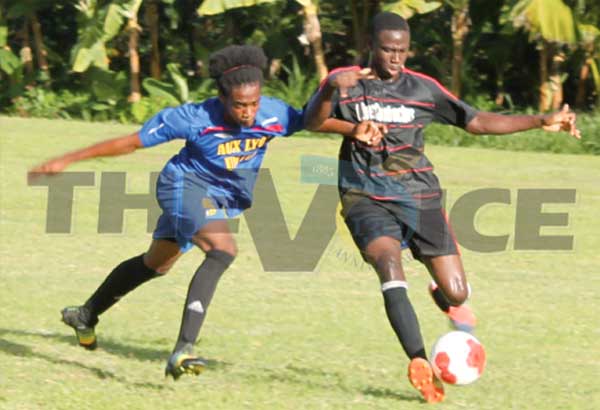 Sponsored | Article continues below
Share this post:
HUNDREDS of football fans from Mabouya Valley and its environs will converge on the Grande Riviere Playing Field in La Ressource, Dennery on Saturday and Sunday for the finals of the Under – 21 championship.

Meanwhile, in the first semi final played on Sunday, in the presence of crowd estimated to be over 850 football fans at the Grand Riviere Playing Field, Aux-Lyons United Sports Club and Survivals Sports Club added another chapter in their fierce rivalry. Despite their dominance of this encounter over the past four years the defending champions fell short as Aux-Lyons United edged them 2 – 1 to claim their spot in the finals.
Sponsored | Article continues below

Both teams started the game in impressive fashion with their high quality of play. However, it was Survivals who drew first blood with their only goal, courtesy a header from No. 13 Harvey Alexander in the 7th minute. Aux-Lyons United would then 7 minutes later find the equalizer via the individual brilliance of No. 11 Mentus Donavan.

With the score line now locked at 1 -1 both teams continued to create good goal scoring opportunities for the duration of the first half of play, but it would be an Aux-Lyons United No. 13 Keyan Marcel strike in the 31st minute that would seal the deal.