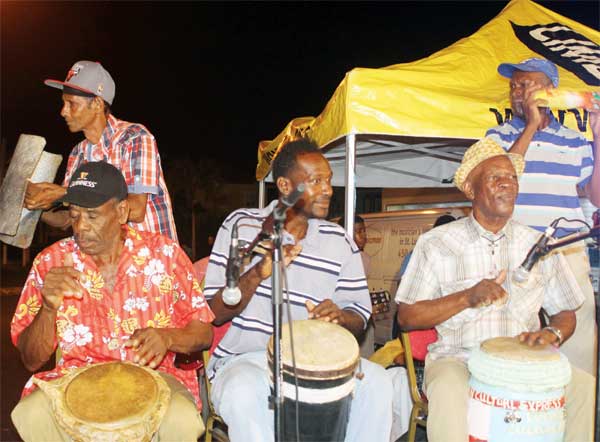 Persons who come to St Lucia to do research on the island’s biodiversity and cultural forms should leave copies of their findings with the National Archives.

The Constitutional Reform Commission said it was in agreement with this submission which was made to it during its assignment.

Today, THE VOICE concludes Chapter three of the Commission’s report which deals with STRENGTHENING OUR FUNDAMENTAL RIGHTS AND FREEDOMS:

PROTECTION of Patrimony, Cultural Heritage and National Assets
It is the inheritance of our culture that makes us a people and gives us an identity. It is therefore the Commission’s position that this was too important to leave to the insecurity of ordinary legislation. With regard to the protection of our cultural heritage, the Commission received and considered the following submissions:

1. “The constitution shall provide for the protection of the cultural heritage of the State including historical sites, monuments, places and objects of artistic and historic interest, language, literature, visual and performing arts to enrich the cultural life of the citizens of the State”. Commissioners were in agreement with this submission and also felt that consideration should be given to the enactment of legislation making it mandatory that researchers on areas such as Saint Lucian bio-diversity, cultural forms such as the DjabDèwò, the flower festivals, Listwa, Koudmen, Kòdwil, Débòt, Bèlè, Koutoumba, Lavéyé, traditional music (such as those now owned by the Smithsonian institute) traditional herbal treatments and cures among other things, leave copies of their research with the Saint Lucia National Archives.

2. A statement must be made in the constitution requiring the provisions of the Draft Cultural Policy of 1988 be implemented

3. “Patwa should be made the official language of the State”.The majority of Commissioners were of the view that this was not a constitutional matter and that this could be dealt with through ordinary legislation.

4. “The use of canabis in the religious rituals of the Rastafarian Movement should be legalised, as religion is part of the culture.”

The majority of Commissioners were of the view that this was a matter for ordinary legislation.

5. “Disposal of national assets be it by the government or otherwise, is so important to the life of the State that it must never be done without a referendum.” The Commission, having understood National Assets to mean, the patrimony of the State supported the submission.

The Draft Cultural Policy of 1988 was seen by the Commission as a comprehensive document which captures most of the relevant issues as regards the protection, promotion and preservation of our cultural heritage and therefore advocate the adoption of the said policy in ordinary legislation.

Recommendations
With respect to Cultural Heritage, the Commission recommends the following (43) Certain sensitive and specified national assets or patrimony having historical or cultural significance should not be alienated.

(44) Historic assets should be considered public property and that the State or its agents or other duly authorised bodies should have the authority to preserve or retrieve these public assets and hold them on behalf of the State.

The Commission considered whether such a body would be effective to ensure that people have access in terms of enforcement of the fundamental rights and freedoms provisions.

The Commission was of the view that there should be an independent institution that can regulate and investigate the relationship between the State and the individual which should extend to actions by the State that compromise individuals’ rights and also ensuring that the necessary access is available. citizens to whom the law does not allow self-management

The functions of the Police Complaints Commission could also be subsumed under the Human Rights Commission as one of its tasks. This would take away the powers of investigation from the police and alter the situation in which the police service investigates complaints against itself.

Youth Representation
There was a submission that there should be Youth representation in Parliament which was expressed, in part, as follows: “… the young people should have the right of a representative body to speak to Parliament on their behalf for their needs.”

Commissioners supported the submission in principle and recommended that a mechanism be put in place by ordinary legislation for the National Youth Council to meet with some regularity with a Special Parliamentary Committee dedicated to Youth Affairs to air their views and express their concerns.

Recommendation
(46) A permanent advisory body consisting of youth organisations to meet with an appropriate Government agency on a regular basis to discuss issues affecting the youth of Saint Lucia should be established.

Locus Standi.
In relation to the issue of locus standi 34, the Commission considered the provisions of the South African Constitution which were instructive in that regard. The Commission considered that the rules on locus standi in the Saint Lucia constitution are too restricted. There is therefore a need to extend or redraft the provisions under Section 16 of the Saint Lucian Constitution so that it allows for representative groups of persons or somebody acting on behalf of a group of persons to bring an action, and not be restricted to detained persons.

The Commission recommends the adoption of Section 38 on enforcement of rights in the South African Constitution which states: “Anyone listed in this section has the right to approach a competent court, alleging that a right in the Bill of Rights has been infringed or threatened, and the court may grant appropriate relief, including a declaration of rights. The persons who may approach a court are—
(a) anyone acting in their own interest;
(b) anyone acting on behalf of another person who cannot act in their own name;
(c) anyone acting as a member of, or in the interest of, a group or class of persons;
(d) anyone acting in the public interest; and
(e) an association acting in the interest of its members.”

The Commission took note of the fact that extending locus standi, would have implications for the rights of access before the Courts, specifically it raises questions about the availability of legal aid and the costs associated with enforcing the rights before the courts. However, the Commission regarded it as an important first step to relax the rules on locus standi to enable citizens to more easily access the protection of the courts.

In promulgating a Bill of Rights to provide protection for citizens, then a corollary should be to provide access to a tribunal. If the tribunal were a court, then there should be procedures in place to minimise the cost so that this would not be a barrier.