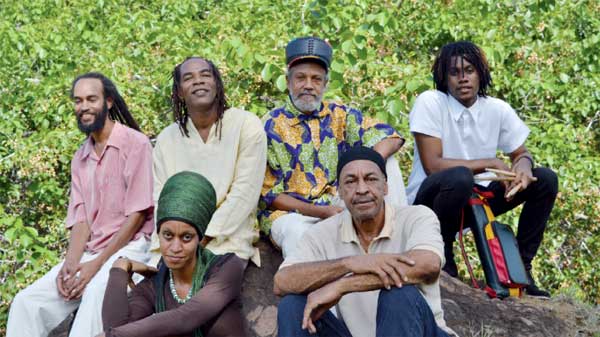 KOSMIK Riddim, the Saint Lucian Roots Reggae Band, is launching the new single from their upcoming CD with the same title, ‘Touching Lives’

The six year old band is led by John ‘Aza’ Polius, lead vocalist, songwriter, drummer and lead guitarist with the group. He is also a music teacher who currently teaches at Music Man in Marisule, Gros Islet.

An original composition by Aza reflects the purpose for the music of KosmikRiddim which is to touch the lives of humanity.

The single ‘Touching Lives’ was written by Polius and produced in 2013 by Panda Studios of Italy and remixed by Danyl Daniel of Daniel’s Den Studios in Saint Lucia. A video of the same has been released which was produced by Avatar of Dominica in 2014 and is being shown on local television stations.

This single is just a taste of what is to come, as the CD ‘Touching Lives’ promises to be of very high quality in production, lyrics and musical performance.

At the inception, the band comprised musicians from different parts of the world with Asian, European and Caribbean artistes, playing music to appeal to audiences world wide as they toured parts of Europe in the summer months. The band consists of seasoned artistes from Saint Lucia, alongside young upcoming musicians which gives a great balance to the group

In recent years KosmikRiddim has evolved as a group with all Saint Lucian musicians and based on island.

This year has seen the group in studio recording 11 tracks for ‘Touching Lives’ soon to be released.

The original music of KosmikRiddim, with all songs written by Aza, is conscious reggae and is uplifting and positive in nature. This music is guaranteed to touch the soul of the listener as the topics relate to the average person and everyday lives.