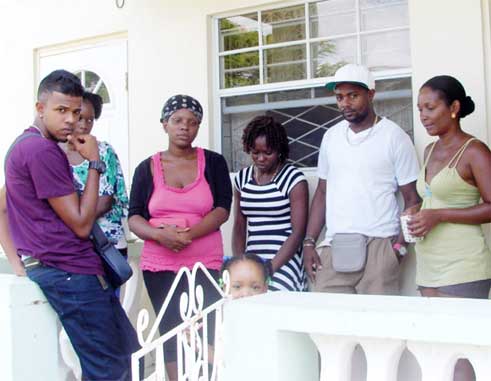 POLICE have made no headway in their investigations into the island’s latest homicide.

Up to press time yesterday, no one had been arrested or charged in connection with the shooting of a Vieux Fort businessman , which occurred last Thursday about 10.30 p.m.

However, according to the Vieux Fort police they are pursuing the matter with vigour and determination.

The body of David Mondesir, 50, of Hewanorra Orchard, Vieux Fort was discovered in the balcony of his home by his girlfriend with a single gun shot wound to the head.

Mondesir had just alighted from his truck and was about to enter his home when he was fatally wounded. At the time he had his own licensed firearm in his possession.

Police say a few people were held for questioning in connection with the incident but were subsequently released. According to Inspector Leonce of the Vieux Fort Police Station, it was just the routine procedure.

“So far we have not arrested anyone or identified a suspect in the matter…” Inspector Leonce told THE VOICE.

A resident of the quiet residential area said he heard what sounded like two gun shots at the time of the incident.

The victim’s landlady, PetroniseDulpessis, who lives upstairs the two-storey building where the incident occurred said she was not at her home at the time.

Mondesir, who once lived with his wife at La Resource, Vieux Fort, recently changed residence, after they parted relationship.

He was the owner of the Community Supermarket in La Ressource. His staff described him as a very quiet individual.

Mondesir’s death took the number of murders for this year to 18.