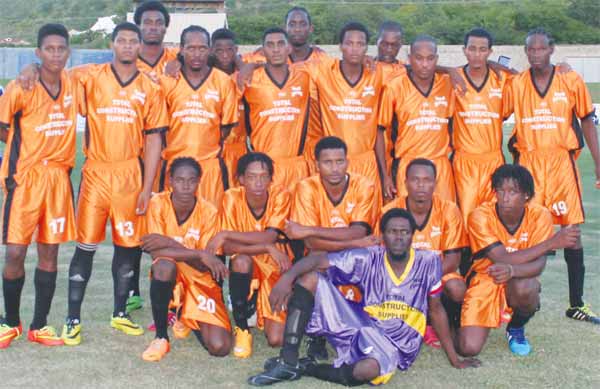 THE Soufriere Mini Stadium will be a blaze this weekend with the final set of preliminary round matches and the start of quarter final action in the Blackheart / St.Lucia Football Association Knock Out Tournament.

From 6:30 p.m. today Micoud takes on Mabouya Valley, while from 8. 30 p.m. home team Soufriere comes up against Gros Islet.

Tomorrow evening, the tournament will shift into high gear with the commencement of the quarter final action at 6.00 p.m. Dennery plays South Castries, while at 8:00 p.m. Canaries meets Babonneau.

Meanwhile, it was a night of upsets on Wednesday as both Vieux Fort teams lost in the double header played at the Phillip Marcellin Grounds in Vieux Fort in front of a record crowd.

In the opening encounter Roseau Valley had a 1 – 0 win over Vieux Fort North with the winning goal coming from Shervon Boisville in the 76th minute. Vieux Fort created several scoring opportunities in the match but they failed to convert any.

In the second match in what can be considered one of the biggest upsets in the tournament history South Castries had 1 – 0 win over Vieux Fort South .The winning goal coming from Johnathan Alfred in the 75th minute.

This win was historic for South Castries as it was the first time that they had progressed into the second round of the competition in its 13 years.

Anthony Jn Baptiste, who won the first ever Blackheart title with Mabouya Valley is the present coach of the South Castries team. He said the team did a lot of hard work in preparation for the match against Vieux Fort South.