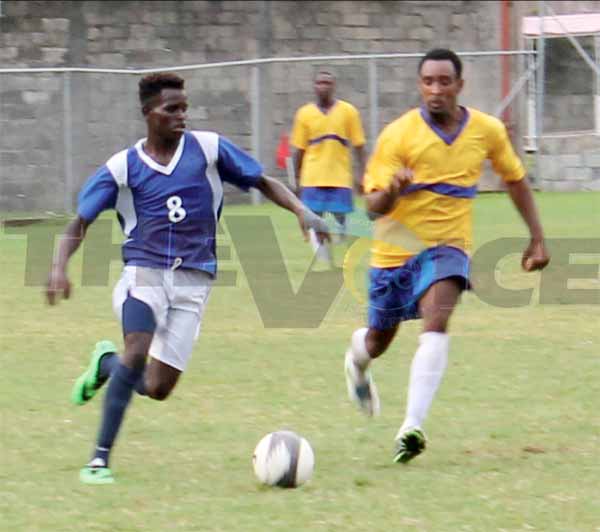 ANSE LA RAYE 2011 Blackheart Knockout Football champions are back in the tournament following a short absence after they were knocked out in 2012 by Gros Islet.

Anse la Raye earned their right to participate in this year’s Blackheart St.Lucia Football Association Knockout tournament after victory in the play off final Saturday evening at the Marchand Grounds.

The lads from Anse la Raye scored a come from behind three goals to one win over Mon Repos who opened the scoring in the encounter in the third minute through their prolific striker Evanus Emmanuel.

Anse la Raye came back with goals in the 40th minute from Germal Gabriel, Mc Kean St. Croix in the 68th minute and national player Erickson Reid Magloire in the 77th minute to win and book their place in the final 16 teams.

Meanwhile, two promotional warm up matches were played before the play of final. Gros Islet the 2013 Blackheart Knockout Champions had a 1 – 0 win over 2014 Champions, Canaries, in a very exciting encounter which at sometimes became very feisty as inexperienced referee Xavier Louis had a hard time controlling the game as players from both teams became overly aggressive at times in their tackling and general demeanour.

In the other encounter home team Marchand and Mabouya Valley played to a 1 – 1 draw. Prolific striker Lincoln Phillip put Marchand ahead, but KurneilPolius got a late equalizer for Mabouya Valley.