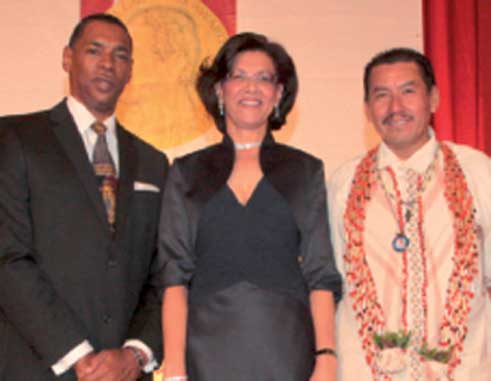 IN commemoration of its first decade, The Anthony N. Sabga Caribbean Awards for Excellence (ANSCAFE) has produced a permanent record of its activities from its launch in 2005 to the present.

In “The Excellent Decade” are autobiographical essays from all ANSCAFE laureates, photographs, the forewords provided by Caribbean Heads of State, its founder, and the Chairmen of its Eminent Persons Pane (EPP). In it can also be found at all the members of territory nominating committees, past and present members of the EPP, and other ephemera.

To mark the occasion, ANSCAFE has been presenting copies of “The Excellent Decade” to libraries around the region and has partnered with The UWI Open Campus in order to do so in Saint Lucia. The presentation will be held at The UWI Open Campus Morne Fortune at 10:30 a.m. today.

The Anthony N. Sabga Caribbean Awards for Excellence (ANSCAFE) is now the English-speaking Caribbean’s leading recognition programme in Arts, Sciences, and Public and Civic Work. The ANSA McAL Foundation launched this Awards Programme in October 2005. The Awards are made in four areas (as of 2015): Arts and Letters, Science and Technology, Public and Civic Contributions and Entrepreneurship. The awards began as a biennial event in 2006, went annual between 2010 and 2015, and thereafter returned to a biennial cycle.

So far, 27 laureates have been named including Saint Lucia-born Dr. Adrian Augier who received the award for Arts and Letters in 2010.