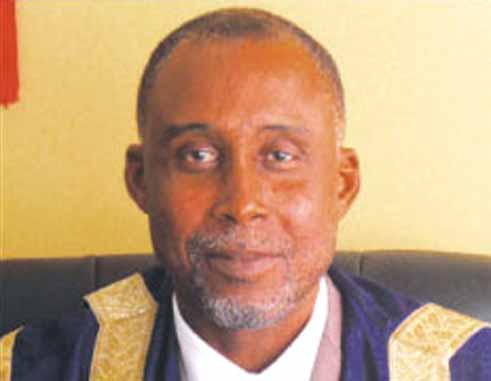 Is this a joke? Did we hear it right? That the Prime Minister and the President of the Senate, two of the most powerful men in the country have information about a plot to overthrow the democratically-elected government and have done nothing about it? The Minister of National Security, Mr. Phillip La Corbiniere has not been heard with even the remotest reference to this alleged unconstitutional and supposedly violent act, by senior members of the Police Force, in cahoots with the United Workers Party, a full week after the first disclosure?

As far as we are aware, no one is under arrest or on charges. A statement from the Prime Minister’s office this week quoted him as saying he was awaiting the return of the acting Police Commissioner to St Lucia to investigate the reports. So what has the Senate President done with the information that he claims to have in his possession about the details of this plot? Are the ring leaders still in their jobs? If so, does it not mean that there is a threat to our security waiting to be put into action?

Interestingly, the Senate President is reported to have made allegations of what sounded to many as a coup plot and a conspiracy by senior police officers and the UWP to “overthrow” the government, or is it the Prime Minister? The Prime Minister says he has information that is “consistent” with what the Senate President has, but he talks of a plot involving “a small minority of police officers bent on embarrassing the government…for political ends”.

If there is a plot, there is plot, and there has to be evidence of a plot. So why do we have to investigate whether there is a plot? Shouldn’t these trouble makers be under lock and key right now?

This newspaper will never support the violent overthrow of any government that is elected by the people of St Lucia, if that is what is being suggested, so on that count we condemn without reservation, any plot towards that objective, if one exists.

But why has public response to this alleged plot been so low-key. In fact, the news has been met with almost total disbelief with many questioning the credibility and integrity of the Senate President. We are reminded that this is not the first time that he has publicly peddled this sort of information. At one time it was he who was targeted for assassination. Another time it was the National Security Minister.

What makes this matter more serious, however, is that it targets senior members of the already beleagured Police Force. That these have been trying times for the Force everyone knows quite well. It was only earlier this year that we witnessed the parents of the murdered Oliver Gobat—with the Speaker of the House in between as legal counsel–making equally damming allegations about members of the Force?

Like most St Lucians at this time, we are anxious to see the evidence of this alleged plot to overthrow the government. It is a serious charge for which there can be severe repercussions, if proven. Our people must not be too quick to dismiss the claims out of hand. There is a process in these matters and it is our hope that it will be implemented, with clarity and transparency, because given recent developments, it is obvious that the entire image of the Police Force is in serious jeopardy.

The UWP, too needs to step up to the allegations. No one is interested in whether the claim by The Senate President is “absurd”. The fact is that the party has been fingered and must now speak up.