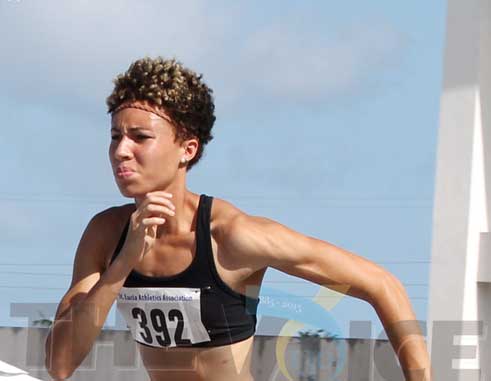 HIGH jumpers Levern Spencer and JeannelleScheper, the only two athletes who attained the qualifying standards from St. Lucia, will depart the United States on Monday for the IAAF World Championships in Beijing China from August 22 to 30.

The two ladies will compete in the high Jump qualifiers on August 27 to secure spots in the finals scheduled for two days later.

Spencer, the multi “Sportswoman for the year” is hoping to continue her successful podium finishes in Beijing after winning gold medals at her last two major events the Pan Am Games and NACAC Seniors Championship.

Meanwhile Scheper is hoping to regain the form that earned her the 2015 NCAA High Jump title.

The two are also the only St Lucian qualifiers so far for the 2016 Olympic Games in Rio.

While in China they will be under the watchful eyes of Coach Henry Bailey who travelled to China yesterday.