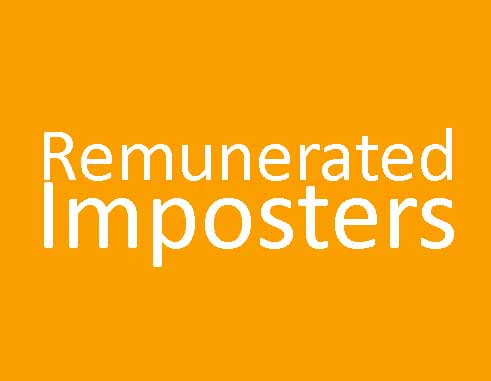 THE EDITOR:
It is ever so amusing to listen to the paid stooges of certain political parties making their various contributions both on “News spin” and at their various orchestrated TV programmes as far as their concern for a viable opposition as St. Lucia truly deserves a holistic political system.

While on the other hand, we hear from the same operatives supported by their leaders to do all in their power to engage in character assassination of the said opposition leader.

These imposters within our society are a carefully organised network of individuals with well topped up phone cards congregated in one or two rooms supervised by party hacks with scripts, posing questions which they are totally unfamiliar with. These individuals are easily identified simply by their pronunciation, poise and education but unfortunately, it is this type of propagated deceit which has been inculcated into our young people bringing about a level of dishonesty within our society.

Thankfully, St. Lucians are not that stupid and having been conned before by promises of BETTER DAYS AND JOBS which have never emerged, those underhanded devices can no longer be used to pull the wool over the eyes of Saint Lucians. The national economy continues to slide and with this administration’s convenient Venezuelan counterpart now under MARSHALL LAW the walls are closing in faster than ever before not taking into account the fate of many emerging countries which have been forced to devalue their currencies in light of sinking oil prices and a shaky economic situation in China which has sparked new worries for the world at large.