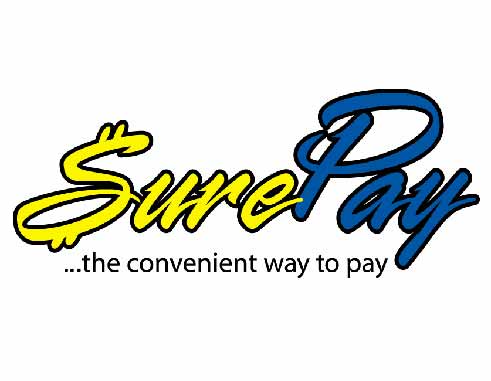 Having used the convenient bill payment service to pay her utility bills at SurePay’s Massy United Insurance location at Vide Bouteille, on June 9, Ms. Ste Marie won a 40” SMART TV, proving that it really pays to use SurePay!

SurePay’s Triple Pay Promotion provided 14 customers in the months of April, May and June, the opportunity to win prizes from its existing billers by simply using the service to pay their bills. These included grocery vouchers from Super J IGA, a Samsung S6 from Digicel, free internet/ cable and a mobile phone from LIME, free internet/cable for two months from FLOW, dinners from Sandals Grande Resort, a start up account from the Mon Repos Cooperative Credit Union, one month free water from WASCO and cash including the grand prize from SurePay.

SurePay owes its success to customers adopting the habit of using the more convenient way to pay, and appreciating these customers is a top priority. By enhancing the service to include payment by debit/credit card, increasing the number of locations and billers, and ensuring a secure and fast transaction every time, SurePay has always sought to meet the needs of both customers and business partners.

“SurePay has grown significantly to cover ten billers and provide over 40 payment locations island wide,” said Josette Edgar, Marketing and Promotions Manager at J.E. Bergasse. “We’ve recently added more locations to SurePay’s service: Erolines Food in Soufriere, All Super J IGA supermarkets. I am also elated to announce that we will soon have an additional two new billers, one being Sagicor.”

To get your SurePay account or should you be interested in using SurePay to pay any of your bills, visit any SurePay location today, present your bills and identification and start your payment transaction.