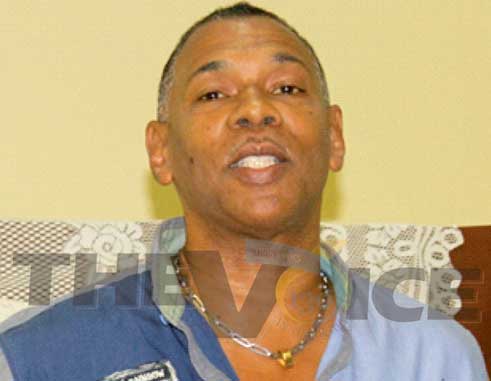 The poet read from his two published collections, “Bridge Maker” and “Navel String”, during his one-hour-long presentation. As a custom of “The Laureate’s Chair”, he also read a Derek Walcott poem of his choice.

The small but appreciative audience comprised members of the St. Lucia Writers’ Forum, (SLWF) formed in 1998 by a small group of writers looking for an avenue to showcase their creative expressions.

Among the audience members were 1992 Nobel Prize-winner, Derek Walcott, and his partner, Sigrid Nama. 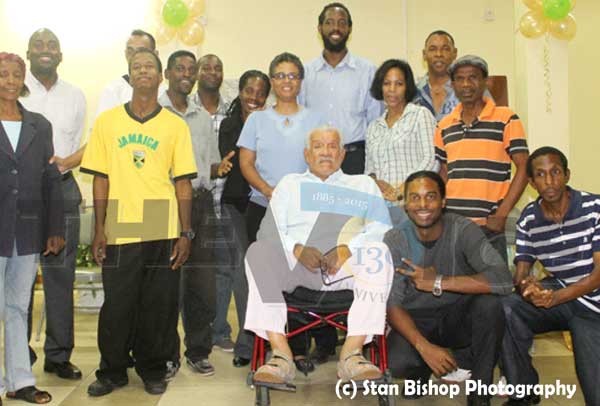 After the reading, audience members got an opportunity to interact with both Augier and Walcott; the latter seemed to be in great spirits on the night as he reflected on his long writing career.

“The Laureate’s Chair” will be a regular feature and will showcase some of the island’s top wordsmiths. The reading is open to anyone who loves great poetry.

Meanwhile, SLWF member Kensley Charlemagne is inviting interested writers – seasoned and budding – to join the SLWF which meets at the Central Library every Tuesday from 6:30 p.m. Membership is free.