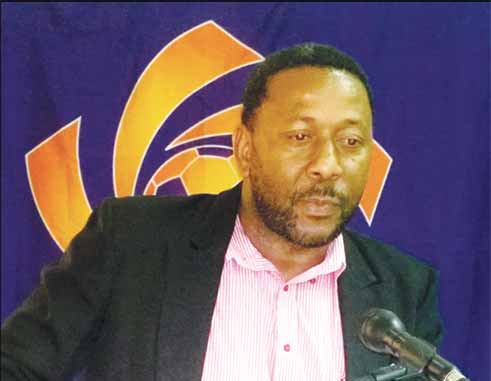 LYNDON Cooper has been re – elected as President of the St. Lucia Football Association up until 2019.

Cooper was re elected unopposed on Saturday when the SLFA held its 28th Congress at the Palm Haven Hotel.

According to SLFA General Secretary Victor Reid, in addition to the reports that were tabled and approved, there was also the election of officers for the various positions on the executive. the 19 Football Leagues who are the members of the Association all turned up at the congress to discuss the past year’s national report, the 2014 Audited Statement and approve the programme and budget for 2015.

The members voiced their satisfaction with the work of the last executive and approved all the reports, programmes, budgets and the audited financial statements.

The term of office for the executive also came to an end and meant that a new executive was to be voted into office. The election of officers was conducted by Youth and Sports Officer in the Ministry of Youth Development and Sports Ligorious Marquis. The full slate reads President – Lyndon Cooper (Unopposed), 1st Vice President – Stephen Regis, 2 Vice President Mary Campbell (Unopposed).

The constitution of the Association also mandates that four zonal vice presidents be elected to the executive of the association. The Congress supported the appointment of the Zonal Vice Presidents in the interim for one year, after which the zones would hold their respective elections.