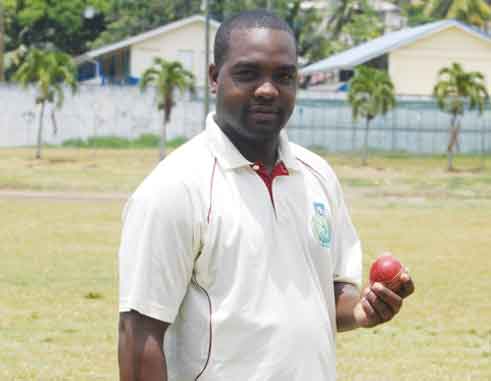 TWO time defending champions Central Castries will play Soufriere after they powered their way to the finals of the National Inter-District Division one cricket competition with a clinical eight wicket win over Mabouya Valley in their semi-final clash at the Mindoo Philip Park over the weekend.

Batting first, the Valley team crashed to 84 for all out in 33.1 overs with their top scorers being Denzil James (19) and Kirk Velinor (16).

LoicProspere had made early inroads with some hostile bowling ending with four for 25. AlleynProspere two for eight, Marlon O’ Brian two for 11 and Dillon John two for 20.

Central Castries replied with a brisk 187 at stumps on the first day due to breezy knocks from the experienced AlleynProspere (60), and Gaspard Prospere (47). Mc Garron Joseph was Mabouya Valley’s most successful bowler with three for 41.

Batting a second time Mabouya Valley were dismissed for 147, with Joseph hitting the top score of 29 while James supported with 26. The left arm orthodox spinner O’ Brian who bagged four for 17 and LoicProspere three for 43, were the main wicket takers.

Set 45 for an outright win Central Castries coasted to 46 for two with StephhenNaitram hitting 31.