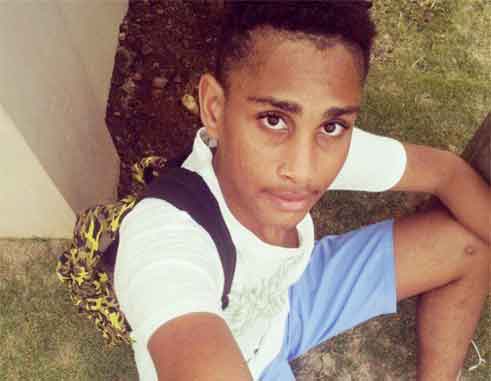 BEFORE writing this Sounding Off piece, I was all set to give my two cents on the Lambirds Academy situation…that was until I read the ghastly comments made by St. Lucians about the teenager, Marvin Anthony Augustin whose life was savagely snuffed away last week.

Part of my job entails reading about the news and current affairs taking place all over the world but especially in my own back yard, St. Lucia.

Whilst reading such articles, I find it interesting and important even to read the comments and feedback left by other readers on the said articles.

Now, following the murder of the teenager, I went on to read the comments left on two online news outlets and although I was sadly expecting negativity, the venom that I found was so bad that it broke my heart, angered me and disgusted me at the same time.

Allegations are circulating surrounding the sexuality of the deceased. It is widely speculated that the teenager was homosexual…this speculation led to a firestorm of negative comments suggesting that the teenager “got what he deserved”.

I am all for free speech and one having their right to their opinion but my goodness, if all you have in mind is pure putrid nastiness, then you should also practise your right to shut the heck up.

I also respect that people have their religious beliefs which frown upon the said lifestyle but I am also aware that spiritual teachings ask believers to “judge not”, “love thy neighbour as you love yourself” and “He who is without sin cast the first stone” and these are among many other teachings.

You might think that a nation which “claims” to be predominantly Christian, would know better and have love and empathy in their hearts to band together in such times of grief and horror. But instead, you have people who say things like this…

“I don’t want to sound cruel…but this lil gay knew what he was getting into. We feel sad because of what happened but how could you make a date with somebody who is not gay??? And you know something might go wrong, u still go…smfh. As much as no one has to take a life, no one has to b*** …two wrongs don’t make a right. The J.A left his home to go and meet a girl only to find she’s Anthony /Antonia…nah man u can’t do dem tings. In the eyes of Jah, both of dem is hell bate…at least the killer could repent but Anthony awa. Because Americans accept gay, y’all want to do it too but that’s his judgment. If y’all waiting for God to come down on earth to judge y’all, wait still! Silly humans. Some of y’all against gay but if a friend or family gay…sa feb! Hypocrites, the Jamaican will get his judgment when the father ready for him but the Lord was ready for Anthony. Nothing happens before its time! Live with a clean heart and free spirit…something’s wrong its wrong not as your love one do it its ok”

“Of course there are sick people. The gays are just as sick as the thieves. All sin is sin aint it??”

And then there was this comment which was seemingly made by a non-national…the comments that followed just shows how little locals care about the reputation of their country.

boog kabwit
Please don’t. The island already has too many gays.

really
Well, good, cause no one wants you to come back if you’re gay

Wasim
Thank god for that.

fire
Everyone has a right to choose. You choose, we choose. If you know an area don’t like gays, don’t come. Go somewhere that friendly to gays.

e.w
Well, then make your own gay island and stay there brother AA who cares if you don’t ever come back? I don’t think that will change the price of VAT nor the price of gas and the cost of daily living in St. Lucia to be any better”

Now isn’t that something?
It’s a shame to know that people like still exist and especially in my country. In 2015 in a world with over 7 billion people and rapidly growing, I genuinely believe that the world has no space for such pea brained barbarians. I said this before and was told that my words are too strong but I really do believe that you people should be a dying breed.

No one is asking you to accept, like or condone the homosexual lifestyle but when you go out of your way to hurt these individuals when they did nothing to you, that is plainly wrong!

That kind of thinking is the breeding ground for hatred and more disgusting crimes like the one done to this boy.

Anthony Augustin was somebody’s son, he had a family and friends who loved him dearly and these people are suffering immensely because their loved one was slaughtered! Have some consideration for them.

Don’t you people have families too? How would you feel if you were the ones in the family members’ place or even in Anthony’s case where your final moments alive were so terrifying and painful?

How would you feel if your children today or future children came to you and said that they were gay? Would you slaughter them too? Would you throw them out for the wolves to slaughter them? Maybe you would because OBVIOUSLY they are not people, right???

You people are selfish and mindless and you need to put yourselves in other people’s shoes for once.

Before I’m done, I would like to take a moment to reach out to the online media editors… please do a better job at vetting your sites and preventing people from spewing and inciting such hatred and venom.

You have a responsibility and liability for what appears on your sites and it looks really bad and irresponsible to allow this kind of behaviour to thrive. Please stop allowing this…think about the people affected by the words written because you are not only hurting the victims but you are also hurting the reputation of your brand and ultimately, Brand St. Lucia.