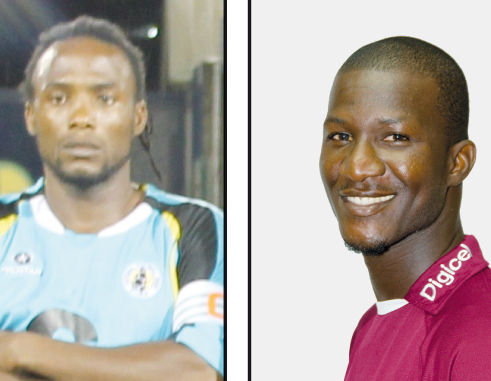 LOCAL sports enthusiasts and the wider Caribbean will know tomorrow evening who tops the final four places for the prestigious awards list for Junior and Senior Sportsman and Sportswoman for 2014.

From the list of nominees sent in by the various sports federations last month to the Ministry of Youth Development and Sports, 13 names out of the 59 nominees were short listed. The 13 were judged by five reputable personalities on performance on the field of play, personal achievement and contribution to the development of the sport.

Last week the final 13 names were made public to the various media houses.

The Gala evening will be held at the Sandals Grande, Gros Islet commencing at 8:00 p.m.

St. Lucia’s Minister for Youth Development and Sports Shawn Edward is likely to talk about St. Lucia’s preparation for the Junior commonwealth Games in 2017, the new National Aquatic Centre and the commissioning of the Phillip Marcellin Grounds, the Anse la Raye Playing Field and the La Ressource Playing held as St.Lucia celebrates its 36th Independence.

It is too early to predict who will top sports personalities awards, but one thing for certain, the records since 1980 speak volumes. For Senior Sportsman – Cricket leads with 13 wins. West Indies cricket all – rounder Darren Sammy will be seeking his eighth win. Athletics is next with 11 wins and debutant Corneil Lionel will be hoping he makes it big on the night. The other associations with wins at that level, but which do not have a nominee for the top award tomorrow evening are Tennis 3, Table Tennis 2 and 1 each for Cycling, Bodybuilding and Boxing.

Football fans will be keeping their fingers crossed for their nominee Sheldon Emmanuel, while Swimming will be looking for their first senior title with their nominee Jordan Augier, who won the Junior Sportsman in 2011.

For the Senior Sportswoman award Athletics top with 19 wins. World ranked high jumper Levern Spencer has captured that award 11 times and is poised to make it number 12. Next is Netball with 6 wins and for the second consecutive year their nominee is Shem Maxwell. Volleyball has never won either a junior or senior sportswoman title, but will be hoping this time around the tide will favour them with their nominee, SanchaIsidore.

The other associations to capture a senior sportswoman award title are Cricket with 4 wins, Swimming 2, while Squash and Tennis are tied with 1.

In the Junior Category, the awards started in 1997, but by the look of things three associations have enjoyed podium finishes. Athletics and Swimming are both tied with 6 wins; they are closely followed by Cricket with 5. The nominees in that category are all debutants and will be heading to the Sandals Grande with confident. Mickey Ferdinand (Athletics), Johnnel Eugene (Cricket) and Adriel Bousquet (Tennis).

In the junior female category, athletes from two associations have dominated the awards; athletics with 11 wins and swimming 6. Like the junior male, category the females will be eying their first major title: Rochelle Ettienne (Athletics), Stephanie Lovell Devaux (Sailing) and Skye Mondesir (Volleyball).