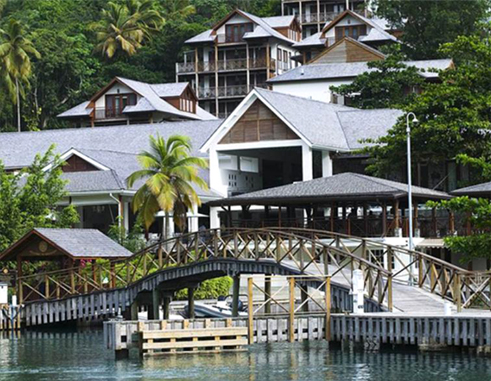 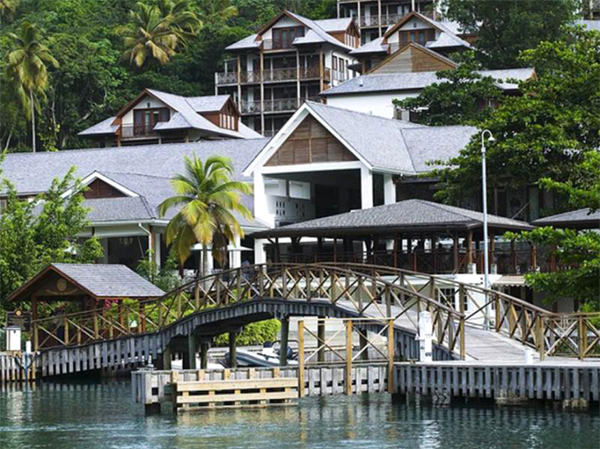 The SLTB has also issued a statement listing a number of investments being made in the tourism sector.

The board said that seven record breaking months for arrivals last year– February, March, April, June, October, November and December—was a demonstration of the year round demand for St Lucia as a tourist destination. Added to that, the top markets to Saint Lucia each reported healthy gains, the United States commanding nearly half (42 percent) of arrivals, for a strong 11 percent growth over 2013.

The growing reputation of the diverse hotels, and the island as a sought-after destination was further strengthened by the more than 100 awards and accolades received from Travel & Leisure’s World’s Best List and Condé Nast Traveler’s Gold List to the coveted “Caribbean’s Leading Honeymoon Destination” by World Travel Awards.

Saint Lucia also found itself in the spotlight once again as the finale destination for ABC’s “The Bachelor” and as a centre piece of Sports Illustrated’s coveted 50th anniversary swimsuit issue.

“From acclaimed events and festivals, such as the Saint Lucia Jazz and Arts Festival, to investments in new and enhanced hotels and tourism products, Saint Lucia is poised for continued growth in the coming year”, Tourism Director Louis Lewis said

“Partnership is key to keeping the momentum strong for Saint Lucia’s marketing efforts,” said Lewis. “We work closely with our hotel and product partners, travel agent partners, tour operators, and airlines, to harness ideas and resources for the success of the overall destination.”

Meanwhile, according to the SLTB a number of major developments in the industry are ongoing or projected.

Dive Saint Lucia, which opened in early November 2014, is set to become the premier scuba diving centre in the Eastern Caribbean featuring state of the art facilities at the new complex just south of the Rodney Bay Marina. Amenities include an on-site purpose-built pool and fully equipped classrooms for land-based lectures and demonstrations. The dive centre is LEED Certified for achieving high efficiencies in resource use, energy consumption and health and safety standards. Dive Saint Lucia is a PADI 5-Star Instructor Development Centre (IDC), as rated by the Professional Association of Diving Instructors, the world’s largest and most popular diver-training organization.

Capella Marigot Bay Resort and Marina officially welcomed guests on December 15, following an extensive multi-million dollar renovation which began in summer 2014. The resort now features 124 rooms that include 57 suites (many have private Jacuzzi pools) with spacious balconies and extensive views of the bay. Food and beverage concepts have been added including an upscale casual restaurant, The Grill, featuring breathtaking views of the bay and an intimate Rum Cave reminiscent of an authentic Saint Lucian distillery with specialty local rums.

The property is also home to the newly re-designed Capella Marina at Marigot Bay, which accommodates some of the most luxurious mega yachts in the world. Guests of the hotel will be able to arrange exclusive charters with a choice of various yachts including luxury and mega yachts. Renovations include a dynamic array of international shops, bars and restaurant for yacht owners and hotel guests, an extended boardwalk, lively sports bar and a recreational room with video and board games.

In Vieux Fort, Coconut Bay Beach Resort and Spa piloted renovations and upgrades to Harmony, the adults-only wing of the resort, totalling US $5 million. The updates include an expansive new pool featuring a whirlpool, enlarged pool bar with new beach and poolside waiter service, refurbished reception area, a spa refresh with new paint and tiling, and a new wedding facility expanding the current site at the resort’s Eternity Beach.

Coco Palm at Gros Islet announced the opening of the Golden Palm Events Centre catering to the growing demand of meetings and events in and around the bustling town of Rodney Bay and the capital.

In May 2014, Jade Mountain opened an interactive Chocolate Laboratory where guests not only taste the chocolate grown on property but participate in the full chocolate making process – from bean to bar. An array of year-round chocolate-infused activities are available for guests including tastings, educational estate trips, truffle making classes and an annual Discover Chocolate Festival typically held in the fall.

Ladera’s Paradise Ridge collection is complete offering an elevated experience with exclusive amenities. Comprised of one villa and six suites, each accommodation features only three walls to showcase the incomparable views of the Caribbean Sea and Pitons. Each suite ranges from 1,500 to 2,100 square feet and features handcrafted furniture and guests receive a private butler (available 24/7) with other special offerings such as a Romance Concierge, Moonbow spotting, private in-suite aphrodisiac rum making class and cooking classes with the resorts’ Saint Lucian Executive Chef.

This year, guests of The BodyHoliday can experience the hotel’s new groundbreaking genetic testing programme, BodyScience. Using cutting edge technologies such as DNA testing, combined with the preventative Eastern approach to well-being, the programme will take personalized health, fitness and nutrition programs to the next level.

The Harbour Club Hotel, a 115 room hotel, is being constructed adjacent the newly completed Dive Saint Lucia in Rodney Bay. The hotel will feature three meeting rooms with a total capacity of 450 people, one fine dining restaurant on the top floor of the hotel building and casual dining at the waterfront. It is scheduled to open in late 2016.

Developments at The Landings St. Lucia include Callaloo, a new open-air restaurant featuring authentic Saint Lucian cuisine located directly on the beach and a new beachfront bar called Turquoise with an expansive premium drink selection and the introduction of “In-Suite Chef Service” to offer guests a more private dining affair.

Windjammer Landing Villa Beach Resort completed a beach expansion project in fall 2014, valued at US $33 million, which enlarged the beach by 16,000 square feet. The revamp utilized 4,000 tons of sand, 60 palms, three in-water hammocks, new Tiki huts and a total of 1,400 new plants for an added lush, tropical look around the beachside area.

Windjammer will continue to renovate throughout 2015 which will include a new stand-alone spa slated to open in May and a new villa luxury project, The North Point, is on schedule to accept reservations in December 2015.