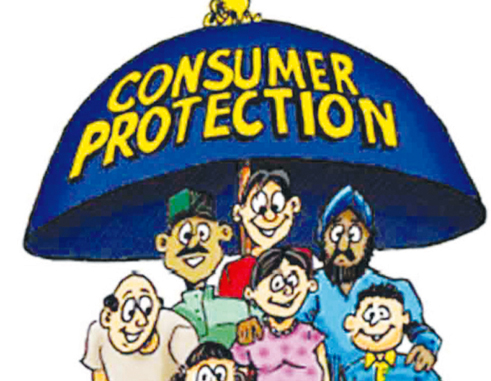 AS Saint Lucia prepares to observe 36 years of political independence and is coming of age, we are evolving as a nation of conscious consumers among other nations particularly those that are classified as Small Islands Developing States (SIDS).

At this critical juncture in our development, where trade and business development is a priority to foster economic growth, consumer protection should also be given the attention it deserves because there can be no business development and growth without consumers. Consumer spending provides the lifeblood for businesses and by extension growth in the economy.

At the dawn of a new era in the consumer protection landscape Guillaume Simon, a former Commerce Officer had taken over the reins at the Consumer Affairs Department (CAD) as Director of Consumer Affairs (Ag). Mr. Simon was instrumental in the change process from the Price Control era to the transition to a full-fledged CAD, having benefitted from a stint on attachment at the Consumer Affairs Division in Trinidad and Tobago in 1997. Mr. Simon also worked as a Price Control Inspector and an Information Assistant at the CAD prior to pursuing undergraduate and graduate studies at Cameron University in the United States of America.

In 1997, Simon along with Mary Isaac, Francis Raphael, among others at the then Price Control Department worked long and tireless days and nights holding meetings with community based organizations (CBOs) in their quest to set-up a Consumer Agency in Saint Lucia. At that time Linda Hoyte, a former Director of Consumer Guidance from Trinidad and Tobago was contracted through a consultancy to guide the change process. The change to a full- fledged Consumer Affairs Agency was inevitable in light of the changes that were taking place globally with the dismantling of trade barriers occasioned by the transition from the General Agreement on Tariffs and Trade (GATT) to the World Trade Organization (WTO). The move to a Consumer Affairs Department was paramount since a Price Control Department was deemed deficient to provide services such as investigation and enforcement of consumer complaints, consumer education and research.

The need for a fully functional consumer NGO was also deemed critical in the face of trade liberalization to undertake consumer advocacy and in fulfilment of a mandate in the revised Treaty of Chaguaramas (RTC) and the UN Guidelines for Consumer Protection which mandated Member States to “encourage the development of independent consumer organisations.” To this end, the Ministry of Commerce collaborated with Consumers International- Regional Office for Latin America and the Caribbean (CI-ROLAC) in 2001 by co-opting the services of another Trinidadian, Yolande Gooding, to mobilize the public and private sector to the reality of consumer advocacy. After this one week consultation in April 2001 an Interim Committee was appointed with assistance from the Consumer Affairs Department with the mandate to formalize a consumer NGO body in Saint Lucia. The National Consumers Association (NCA) was institutionalized during that year and was launched on World Consumer Rights Day March 15, 2002 with the arduous task of advocating on behalf of consumers and working along the CAD to educate and inform consumers of their rights and responsibilities with a view to building a nation of discerning consumers.

With the launch of NCA in 2002 Andrew Antione became its first president. In 2003, one year later the NCA sprang into action with two protest marches in Castries and Vieux Fort against the lone telecommunications company back then operating as Cable & Wireless. Consumers’ irritation and frustration had reached fever-pitch against an increase in telephone rates by that telecommunications company.

At that time, Antione said his organization was concerned that the rates, which the telecommunications company had published in the local media, were being introduced contrary to an existing agreement between Cable & Wireless and the Member States of the Eastern Caribbean Telecommunication Authority (ECTEL).” Information was that “the parties had agreed that in the intervening period between May 2002 and March 1, 2003, they would negotiate price caps to determine the new price regime for telecommunication services.” Antoine went on to say that by advertising those rates, Cable & Wireless was telling consumers that irrespective of what rates are negotiated with ECTEL, these are the rates Saint Lucians would be required to pay. 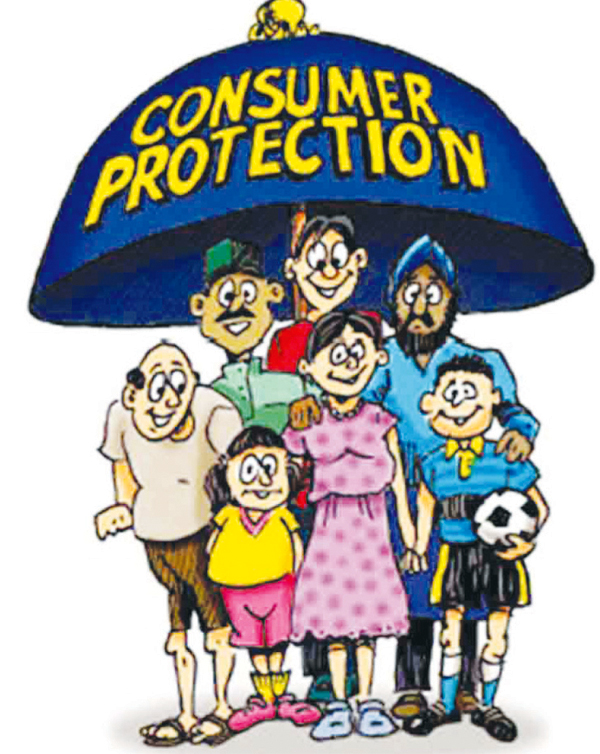 The very first public consultation on the Consumer Protection Bill took place in June 2000 at the National Insurance Conference Centre before a near capacity turnout with representation from public, private and civil society institutions and organizations. Once again, the involvement of experts from Trinidad and Tobago in the evolution of consumer protection in Saint Lucia was very evident. This time around the Ministry had invited Albertina Devenish who was at the time Legal Officer at the Consumer Affairs Division in Trinidad and Tobago as one of the resource persons for this public consultation.

In the ensuing years, around 2002 to be exact, the Office of the Attorney General parted with the original model bill when a model CARICOM Consumer Protection Bill emerged. Although according to some technical experts at the CSME Unit in Barbados, the intention was for this bill to be initially deliberated among the Legal Affairs Committee (LAC) of CARICOM, before its introduction for public consultation, the legislative drafters found it expedient to begin the process of refinement for implementation into the legal order in Saint Lucia. This CARICOM Model has served as the foundation for what is now draft consumer protection legislation in Saint Lucia which has gone through a number of public consultations and refinements over the last 13 years. Sadly, this bill is yet to be taken to parliament after several promises over the years to enact comprehensive consumer protection legislation on the statute books.

In spite of this reality and mindful of the numerous trade barriers and protocols that have implications for consumers in Saint Lucia, the CAD have seen the need to foster closer working alliances with local, regional and international consumer and other allied agencies. This strategy has been pursued because the CAD is mindful that consumers are the most important axis on which businesses revolves. Also, there was the need to introduce and familiarize the NCA with these local, regional and international issues and developments.

Locally, links were established and maintained with the Ministry of Health which is responsible for ensuring that bad products are taken off our shelves; the Saint Lucia Bureau of Standards (SLBS) which deals with weights and measures that impact consumers and falls under the Ministry of Commerce, Business Development, Investment and Consumer Affairs; and the Solid Waste Management Authority (SWMA), since one of the eight universally accepted consumer rights is the right to a healthy environment.

Regionally, relations were established and sustained through the Caribbean Consumer Council (CCC), a regional consumer body incorporated in Saint Lucia. The then Director of the CAD Philip McClauren was one of the pioneers in the formation of the CCC and had the distinct privilege and honour to serve as its first President.

Internationally, relationships were forged and maintained with Consumers International (CI) the world’s largest consumer watch-dog organization with globally affiliates. Saint Lucia through the Ministry of Commerce became a government affiliate Member of Consumers International in May 2001; and a Member of the American Council on Consumer Interests (ACCI) in June that same year. The Ministry has also worked very closely with the United Nations Conference on Trade and Development (UNCTAD) on capacity building initiatives in consumer protection and competition issues since 2003. The University of Vermont (UVM) in the USA is another institution that the Ministry has enjoyed a cordial and fruitful relationship with for over a decade. With regards to the UVM, there exists an eleven year mutual co-operation agreement which was signed in 2004. This accord was conceptualized as a result of initial discussions held between Professor Jane Kolodensky of the UVM and McClauren during the 47th Annual Conference of the ACCI in Universal City in California in 2003. During the past ten (10) years or more, students accompanied by academic staff from the UVM have undertaken research work in their respective areas of study in Saint Lucia. Some staff from the Ministry of Commerce have also benefited from these exchanges by participating in training programmes and short term courses at the UVM.

The projects embarked on thus far by UVM are: Schools Kitchen Garden, Sports for Life (HIV AIDS), Energy Efficiency, Mangrove Eco-system Study in conjunction with the Fisheries Management Unit, surveys on mini bus operations, perception of commuters about the public transportation, increases in the prices of goods and Services among others. Apart from undertaking these projects, the two weeks annual presence of these students is an added financial injection in our economy.

It is hoped that as we celebrate 36 years of Independence, Saint Lucia will see enactment of the legislative instrument – the Consumer Protection Bill that will “give teeth” to the CAD in providing better representation in the promotion and protection of consumers’ interests. This will certainly redound to the welfare and fundamental right of all consumers. Consumer rights are h uman Rights.