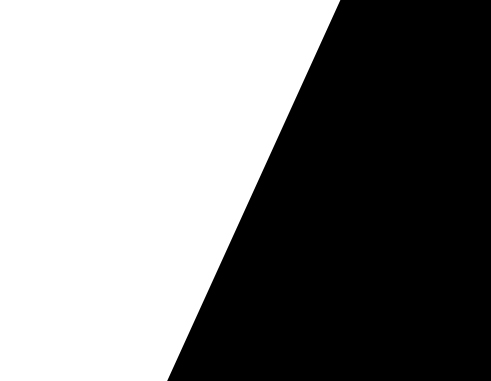 A — USELESS storm has been raging on the character and quality of blackness. Anyone like me, with a “Te Coulair Whayahyhy” entering that storm, would always do so with some degree of trepidation being caught between the two warriors. The inevitable question fired on either side would be “On whose side are you?” To it, there could be only one answer: “I am a referee, there being no conflict of interest cast on my skin, black or white”. Only people like us can truly act impartially, for it is we who feel the pain when either bleeds.

In that state of impartiality, I therefore denounce any black or white mentality as sheer stupidity. Only truly ignorant people would harbour notions of inferiority or superiority in their interactions with one another. I therefore see all references to black and white as meaningless expletives, for, like most of us, je suis Chrétien.

When He made man out of the dust of the earth, did God, in giving life to him say, “You are black, or you are white?” The black or white veneer on a man’s skin is a misrepresentation of his high quality and is not the man. In Hamlet, the Poet of Stratford upon Avon, in his contemplation of that likeness of God, in joyful wonder, exclaimed :

“What a piece of work is man! How noble in reason! How infinite in faculty! In form, in moving, how expressed and admirable!”
That is the man. Any shadow cast on his skin is just a mere tan.
In The Merchant of Venice, the same poet cried out. through Othello:
“Mislike me not for my complexion,
The shadow’d livery of the burnish’d sun to whom I am a neighbour and near bred”
Look at me, the man, and not my colour, for I am only sunburnt he explains. Again, by way of ridicule, in The Taming of The Shrew, the question is asked:
“Is the adder better than the eel,
Because its painted skin contents the eye?
Or is the jay, better than the lark because its
feathers
are more beautiful?”

Still, in Julius Caesar, we see it said:
“We are not wood. We are not stone, but men. And men are flesh and blood and apprehensive.”

There is only one red blood irrespective of black or white, male or female. So what then does it matter if one is called “nigger”? It’s just the colour of one’s skin that accounts for the name. Is it offensive to call a man according to the colour of his skin? But that’s what he is! So what! To refer to a government as “nigger” or “black nigger” is nothing compared to calling it “white ant”, which is a “termite” or “destroyer”, “poolbwah” in our dear Creole. And the same appellation to a white man is equally devastating, and far worse than “the N word”.

When Latin was taught at St. Mary’s, the word in Latin for “black” was “niger”. It still is, according to my Cassell’s Latin Dictionary. There, two types of black or nigger are referred to: “dead” black or “glossy” black. Black paint sold in stores is either “flat” or “glossy”; so “dead” black is the same as “glossy” black, except for the shine in the latter. That must have been one way of distinguishing one negro (or black) from another.

It must not be forgotten that Niger is a vast nation in West Africa,that Africa itself is referred to as “The Black Continent”, that Nigeria is also in Africa, that Africans are a proud people and that the superscription of “nigger” or “black”, which we bear, as descendants, is of that black African mould.

Let me now say that it does not matter whether the detestable word “nigger” is spelt with one g or two g’s. What difference could it make! What is to be noticed in examining the word is, that it bears certain derivatives which are of universal application globally, to both black and white. The noun “niggard” carries with it the word “niggardly” which is both an adjective and an adverb, and with the same meaning. It conveys the idea of one who is “stingy” or “unwilling to part with something” and it does not matter, of course, what the colour of the person is.

It is my humble opinion that it was perhaps found that black people had that tendency to be “stingy” and that that meanness came to apply to any other person found to be so. So even a government can be referred to as niggardly, meaning, mean.

Whatever has been done to our forbears, we are now here, and have shown who and what we are, whether flat black, glossy black, or otherwise tanned. Those who have trampled us underfoot are now ashamed of themselves and seek our forgiveness. Thank God we have no one to ask for money, and can walk proudly with a clear conscience.

One of the first who saw the light was the Englishman, John Newton, the most famous dealer in the transportation of slaves from Africa. By way of confession and deep sorry, his heart cried out in the sweetest song we sing in church. In that:

“Amazing grace how sweet the sound that saved a wretch like me. I once was lost but now I’m found, was blind, but now I see.”

The views held here are not novel. Since the dawn of Black Power, I have held fast unto them as I have, like Sir Dwight Venner, kept the “afro”, while all others have shun it. They have been expressed as early as December 1970 in an article to THE VOICE on the nature of the Black Power Movement, and the rights owed to black people by virtue of their position as equal members of the human race, and therefore, “in no way subordinate one to another”.

This article is not written with a partisan eye: for I am totally blind when dealing with principles, rights, and causes, bowing always to wholesome counsel, regardless of its source.