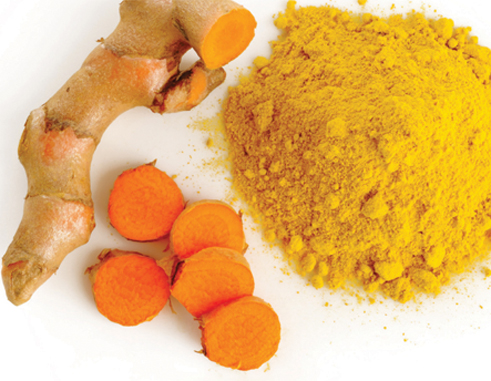 LONG, long ago when the idea of remedies captured in a capsule was a mere dream, man sought to cure his physical ailments the only way he knew how. He turned to the herbs of long ago.

Many believed then that the cure to various ailments existed in the natural Earth created by man. Soon, some structure was needed to manage that belief. With that belief came the presence of community medicine men and women. These persons were ultimately responsible for the well-being of the community. It was their advice which remedied symptoms of influenza, cured chicken pox and even healed the maternal wounds of a new mother. These persons were equipped with what the villagers called the power of life and death – aged knowledge and wisdom.

A collection of plants from the herbal directory of the Caribbean was used by these men and women. These included ginger, turmeric, nutmeg, aloe vera and lemon grass. Turmeric is used mainly for its antioxidant properties and to treat skin conditions. Aloe vera is a known laxative and an asset in the treatment of colds and asthma. It is also used in the treatment of burns, bruises and other wounds. Lemon grass, also known as fever grass, is used by herbalists to cure symptoms of colds, fever and influenza.

While many of these remedies can be purchased in a local supermarket, many others are grown in medicinal gardens across the Island Neighbours and some are found deep in our many forested areas.

Do you grow any in our kitchen or backyard garden? Tell us on Facebook: Island Neighbours.

Neighbourly GetAways
Dominica’s BotanicGardens invites you to commune with nature. This is the place where you can find a variety of medicinal crops that you can purchase for your home garden or for storage in your kitchen. Some of these include guava, periwinkle and foxglove.

History
Historical note! Did you know that several books have been written on Caribbean medicinal herbs and garden? These include the Official Dictionary of Caribbean Herbs and Medicinal Plants and their uses.Getto know your neighbours!

A bit of the French for the Visitor
Il me faut une ambulance …I need an ambulance
What is the matter – Qu’est-ce qu’il ya
Can you give me something for pain – Pouvez-vous me donner un analgéstique
Take one, 3 times daily, after each meal – Prenez un cachet trois fois par jours après chaque repas
I advise that you go to the hospital – Je vous conseille d’aller à l’hôpital
I would like some plasters please – Je voudrais du sparadrap, s’il vous plait
Is this the first time this has happened – C’est la première que ceci vous est arrivé ?
I have a fever – J’ai de la fièvre
I have a toothache – J’ai mal au dents
It is not serious – Ce n’est pas grave
Do you have anything for a cold? – Avez vous quelque choses contre un rhume?
Where does it hurt? – òu est-ce que vous avez mal ?
Emergency – Une urgence
Help me – Aidez moi
Hold your breath – retenez votre souffle
Breath normally – Respirez normalement
Medication – la medication/ Un traitement