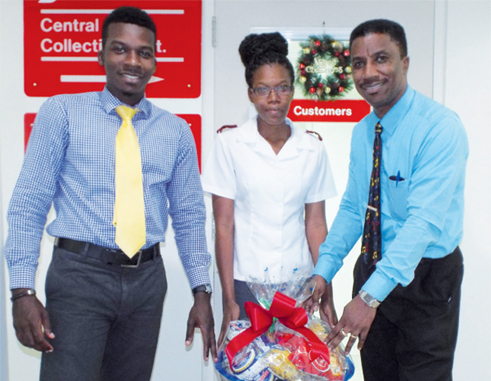 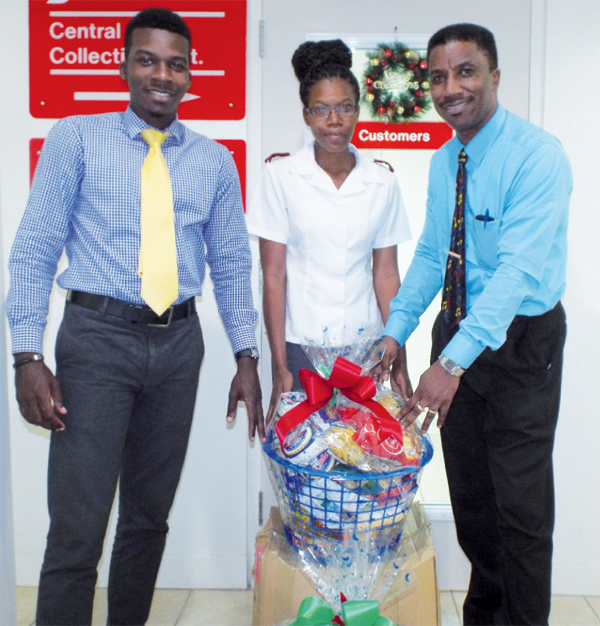 ONE of the island’s biggest banking institutions has teamed up with the Salvation Army in a bid to continue the spread of Christmas cheer to those most in need of assistance.

Wayne Arthur who is the Lending Services Unit Manager at one of the William Peter Boulevard’s branches told The VOICE that the initiative is a pet project which is near and dear to his heart.

Arthur is a former member of the Leo’s Club of Castries where many similar ventures are undertaken during the course of the year.

He said he during his membership, he learnt that there are many people in St. Lucia who need assistance.

Arthur said “Scotia Bank’s motto is ‘Making Customers Financially Better Off’ so this project is not to make persons financially better off but to be a little better off especially around this time of year.”

The bank partnered with the Salvation Army to donate the two hampers and a box of good conditioned used clothing so that persons could have a good Christmas no matter how small it may be.(See Picture)

This Christmas, the Salvation Army donated 600 hampers ranging from gifts, clothing and food and helped over 700 people in total across the island

Commanding Officer Monesha Broome said even after the massive hamper distribution following a successful Kettle Drive, persons are still flooding in to the charity organisation for assistance.

Officer Broome said the assistance provided by the bank is timely and most welcomed since the doors of the SA will be closed for the holidays until January 5th next year.