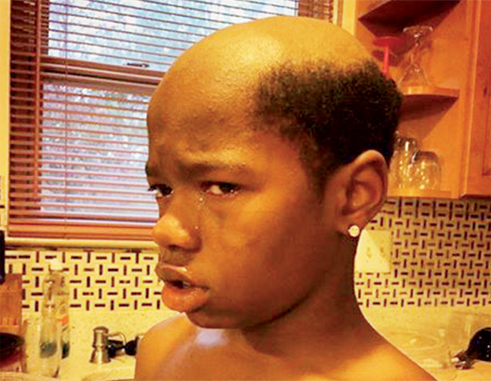 PARENTS have come up with a number of creative ways to punish their children without having to revert to the old whip. 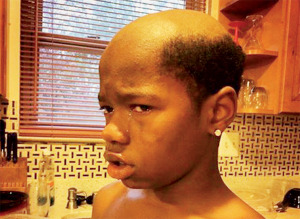 In the age where corporal punishment has been placed under the spotlight and is becoming outlawed and seriously frowned upon, the phenomenon of “kid shaming” is quickly becoming the norm to teach unruly children the lesson of a lifetime.

Parents have started using the most beloved tool of today’s youth as a weapon against them…Social Media.

A number of photographs have surfaced all over social media, namely Facebook, Instagram and Twitter, featuring children who have been humiliated for the world to see whilst highlighting their misdeeds.

Some of the actions taken by parents include styling young boys to look like balding older men with the message that they will be made to look like grown men if they want to act like unruly grown men; attaching placards announcing their bad behaviour to their clothing and parading them in public and dressing pre-teens and teenage girls who made proclamations that they were older to attract older boys and young men in age appropriate clothing. 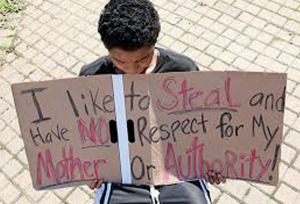 In many of the photographs, the children appear to be extremely emotional and remorseful which has led many to think that this is one trend to follow.

The actions have created a major buzz and has split reactions between people who believe it is wrong, as rather than leading to a positive outcome, it is damaging to them psychologically, scars them for life and exposes them to bullies who are sure to torment the rest of their school days.

The opposing argument is that the move is a step in the right direction as the sheer humiliation is sure to serve as a major deterrent for future misbehaviour and stands to teach the children being punished valuable life lessons.

Parents who claim to be at their wits’ end with children who refuse to cease from misbehaving have called this method the answer to their prayers since they could face prosecution for physical punishment.

International Children’s Week was observed last month where yet again, a call was made for corporal punishment to be outlawed in St. Lucia.