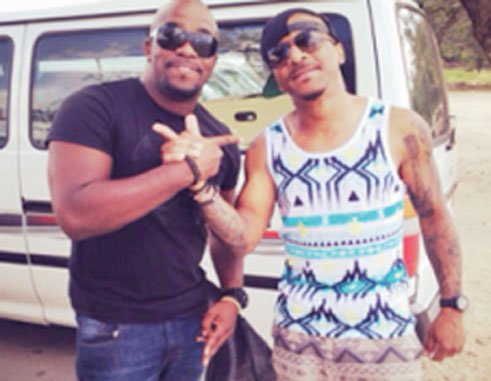 TEDDYSON John and Kerwin Dubois have collaborated for Trinidad Carnival 2015 in producing Kerwin’s first tune for the 2015 season titled “Magnetic!”

Over the years John has been known for his amazing work as a singer, performer and producer on the local scene; but this time he has raised the bar by co-producing and co-writing this masterpiece with Du Bois.

Commenting on the collaboration John said: “It was a privilege to work with a creative musician and being able to bring ideas together was amazing. It was a humbling experience to see how my input and imagination was genuinely respected and accepted by someone who has been in the business for so long, especially in a producer capacity. It was mutual respect that shows a certain level of maturity and reminded me to never doubt your God-given talent and potential.”

Asked about further collaborations and the future especially going into the 2015 season, John commented: “It’s all about continuous growth and developing daily and not just waiting for the season to begin work. It’s important to master your craft daily, and given my passion for music, given that music is my life, it’s only natural I constantly seek opportunities to mature and advance as a musician.”