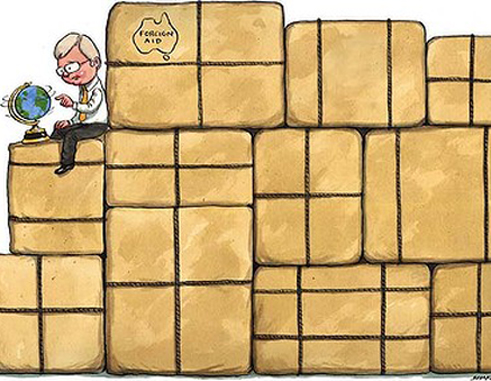 THE British Department for International Development (DFID) is starting a new set of development programmes in the Eastern Caribbean which will run until 2020.

A Btritish High Commission release this week said the DFID had listened carefully to what Eastern Caribbean countries had said were the key challenges for the region. As a result, its projects would focus on supporting economic growth and job creation, increasing energy efficiency and renewable energy usage, and reducing the risks posed by climate change and natural disasters.”

Hugh Walker (Head of DFID Caribbean) on Tuesday signed a joint letter of intent with St Lucia on behalf of Desmond Swayne , the British Minister for International Development. Walker said: “The United Kingdom is committed to the long-term development of the Caribbean.

It said DFID will work closely with Eastern Caribbean countries to build programmes better tailored to their individual needs.

“The new programme will build on the successes of DFID’s current regional support. The strong personal, cultural and institutional links between the UK and the Caribbean will help deliver results for the people of the Caribbean. DFID will work with governments and partners in Grenada, St Vincent and the Grenadines, St Lucia, Dominica and Antigua and Barbuda, to help them return to economic growth while managing the risks from external shocks”, it said.

DFID would also continue to work regionally to support Caribbean integration and tackle regional issues which were essential to the Caribbean’s long-term development, and would continue to play an important role through other institutions such as the EU and Caribbean Development Bank ,to which the UK was a significant contributor.