WHAT can best be described as character assassination belted left, right and centre at individuals officiating in sports locally has been jogging through my memory for sometime now, but comments I have heard in the past few days at various sporting events have fast forwarded me to put this Sportlight together as it’s a cause of concern in terms of our mannerisms and respect. 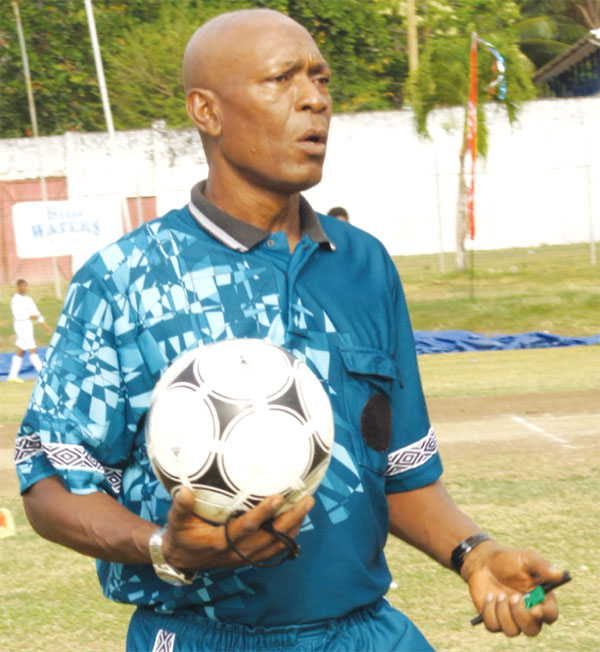 We must never forget that the rock we live on is only 238 square miles, with a population of about 175,000 people, but most importantly we are 35 years going onto 36 years since we gained Independence from Britain. The question here; have we grown out of infancy age? The answer is absolutely No!!!

As I see it supporters of local teams and clubs along with sports officials never seem to be on the same wave length, apparently there always seems to be some kind of showdown between the two. It’s like Hamas against Israel.

It was only recently St.Lucia played host to the Caribbean Football Union Under – 17 Football Qualifiers, and from my vantage point the officiating was a lot to be desired and not for once did I hear the nonsense we say to our own officials belted at the overseas officials. So why must we look down on our very own.

Most times I am in a position to see exactly what the official is calling, all I do is simply nod my head to the right and to the left, but it seems to some supporters that the person officiating is seeing a different game than they are. For them, every call or decision given by the umpire and referee seems to go against their team or club. Most of the time the spectator or supporter is not even in close proximity to the action that was called.

In St. Lucia we have quite a number of people following various sports. If you as a sports enthusiast attend any of the showpieces just for supporting sake, you are bound to hear comments about the official like the following: “Hey, Referee you thief”, “Referee you must be blind”, “Referee you want to borrow my glasses?” Referee how much they pay you man” and “the list goes on. They even say things about your mother or get into your personal life.

There is an old saying, “Make your mistakes. Those who haven’t made mistakes haven’t made anything”. Think about that.

Interestingly, when their team / club has lost the game, you will often hear this comment on their way out of the facility. “It is the referee’s,” fault, we lost the game, or “if If he hadn’t made that call and awarded them the penalty, we would have won the game. “If the umpire had withheld the LBW decision we would have been in a better position at the end of play on day 1.”

What some don’t realise, officials are people too, but before you jump to agree with this, keep in mind the following. No matter the sport, there will always be officials on the field, court and even in the boxing ring to see that the game is played fairly and by the rules.

At present in St. Lucia we have a number of football, cricket and basketball leagues ongoing in various communities and one will assume that each league has its own way of finding referees and umpires.

I will want to believe that the general rule is the higher the level of competitive play, the more likely the officials are trained and paid and are members of an official’s organization.

So with that said, why should supporters of teams / clubs, from the very first whistle or the very first ball, believe that an official is a total waste of time and a thief and he / she does not deserve to be an official. As far as I am aware the official renders his or her judgment based on what he or she views as occurring on the field of play, and his or her interpretation of the rules of the game and we all need to respect that decision. We have to live with it sometimes for the rest of our lives and for you as the sportsman or sportswoman, these are the decisions that will make you a stronger and a world class player in the future.

If you know your sport well enough you will realise a number of past West Indies greats were victims of poor umpiring decisions, What happened. They moved on to live another day and became great players.

We live in a society where everybody knows everybody. Whatever the level, remember that officials are people with whom you work, or go to church with, they want to make a positive contribution to the development of the sports in St.Lucia and to be honest and I am not taking any sides here, but they are trying their best to be fair and responsible. Please allow them to do just that.