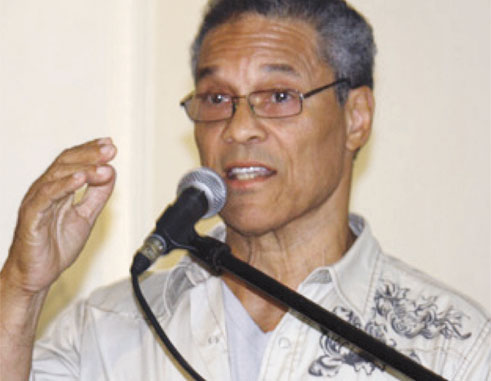 IT was deliberately planted in my youthful head never trust a liar. ‘Liars are dangerous people; often dishonest crooks!’ And every crook is a potential murderer.These and other ‘messages’ to the youth of my generation, were imple and clear. A further guide was to choose silence over useless talk. Useless talk led to little lies and then to bigger ones to cover the earlier lies. ‘Speech is silver and silence gold.’ Every child knew then that gold was more precious than silver. Unfortunately, in a constantly changing environment and culture such values tend to fall away leaving society poorer.

Today, mass communications using modern electronic devices have exacerbated the use and spread of lies. Paradoxically, liars are on the ascendancy in a world hungry for truthful information. It is such hunger for information which allows liars, imposters, crooks and murders to hide behind their anti-social conduct often in plain view. Unfortunately, the innocent watch and listen like sheep, without discernment or comprehension. For this reason the world owes a huge debt of gratitude to journalists who dare to seek truth and bring it to light. In today’s Saint Lucia there are only three such journalists – fearless truth seekers, reporting.

The one who tops them and of whom I write is different…and special. He often comes across as brash, argumentative and a poor listener – ‘Mr. Know-it-all.’ He can be infuriating, frustrating, insulting even. But, to his credit he does not drink; neither does he smoke or do drugs. He reads and researches, constantly educating himself. One more quality sets him apart. His mind locks onto an important story like the jaws of a pit-bull to its victim. Such tenacity is rare. Yet it is such focused determination, driven purpose and truth-seeking that is needed in journalists in young struggling democracies such as ours.

One may like him or hate him but, he is one ‘pain-in-the-butt’ of a journalist, you neglect at your peril. His combative, argumentative and opinionated dispositions are the qualities which best serve his publics. Such qualities are sadly lacking in those for whom the media is merely a source of income. Wherever the rule of law and freedoms are challenged, especially by the people who are supposed to uphold these, a people can count itself lucky to have such special spirits – journalists – to turn for enlightenment and fearless reporting.

His one weakness may be his humanity which he carries on his sleeves. He can sometimes be influenced even though he often displays a hard exterior and a mean visage. Within his once super-developed “Mr. World” body physique lays the gentle heart of a friendly kitten. The man protects his soft heart with brash and deliberate attacking tactics with both pen and voice. But don’t be deceived. That softness can harden into an iron resolution when things are not done properly within the law and when governments and others (e.g. the police) cross the line into illegality and abuse. Unsolved heinous crimes as rape and murder are his passion. He refuses to let the nation forget the violent deaths of its young at the hands of criminals.

If anyone doubts the role which the media plays or is supposed to play in the life of a people and country, one has simply to visit the huge pin-ups at the entrance of the ascending steps to his newspaper office. One slogan shouts in bold six-inch print ‘Our liberty depends on the freedom of the press, and that cannot be limited without being lost.’ And for this journalist these are not mere words. He lives it! It is one reason he stands apart. There is this other quote: ‘the press is not only free it is powerful. That power is ours. It is the proudest we can enjoy.’

Since turning to journalism as the bread and butter profession of his choosing, he’s been writing and editing body building magazine in Los Angeles, and later graduating to writing books on body building wars, and still later on his second love, politics. Perhaps it is his interest in politics and public life which led him to choose the following quotation pinned on the same wall as above. I add it here for good measure and for its relevance. ‘The press is the best instrument for enlightening the mind of man, and improving him as a rational, moral, social being.’

If one were to examine his professional journalistic life over the past forty years it would be crystal clear that the man lives by the printed words on the montage to his office. By the way it’s more than a simple office. It is a publishing house which produces work that can match and surpass the best from the USA and Europe. His wife, shares a large part in the output and quality of their joint publishing enterprise. She has been central to its class and professionalism. Surrounded by success as he is it must be difficult to bear grudges. Like professional journalists the world over he refuses to become emotionally embroiled in that which he reports. Professional journalists aspire towards objectivity, candour, truthfulness and relevance.

A journalist must also demonstrate independence. An example of the independence and equanimity with which he approaches his task is the ease with which he was able to switch from persistently attacking the first prime minister of the island in the Voice newspaper writing as ‘F.B. Eye’ to working with the man as Press Secretary. His former boss had given him an ultimatum: cease the attacks or else! His message to the former boss which he never disclosed seemed to have been: ‘you can stuff your job where the sun does not shine. I will show you that I hold no animosity and work as press secretary to the same PM.’ His new job may well have paid more handsomely than the previous one.

Here now is an example of his humanity and his willingness to forgive. A certain politician who had always put him down for lack of formal academics got into a potentially serious matter concerning that man’s family. He wished the journalist to help him keep it out of the public domain. He went cap-in-hand to the journalist. The journalist with the gentle heart of a softie kitten immediately relented and took his teeth off the meat of the potentially embarrassing matter.The lesson here is that bringing the truth to light even by the most determined and best has its limits, especially in cases where young lives may be compromised.This is not to say that there are no ‘animals’ in journalism who will invent fiction even it means hurting friends and family.

To deliver truth and factual information one must rise above blatant lies and disinformation. To rise above lies and pettiness one learns to demonstrate independence of mind and thought and to dwell above mediocrity. Such independence cannot be bought or compromised. In a society still struggling with poverty, ignorance and disease one needs to rise above deliberate lies and mis-information and to challenge autocracy and promote and uphold free speech, truth and the rule of law. Such qualities in a journalist are crucial to a free society.

For this reason we welcome the return of Rick Wayne and his weekly television “Talk” show. We pray that he continues to illuminate the crooked and perverse darkness of this dear land and that he finds the courage to point to a higher ideal, purpose and goodness and even to the one who is the way the truth and the life.