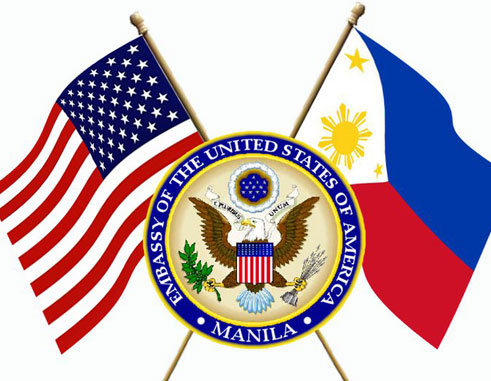 IN April 2009, on one of his first trips abroad as president, Barack Obama visited Trinidad and Tobago for the Summit of the Americas. At the Summit, he declared that “the energy, the dynamism, the diversity of the Caribbean people inspires us all and is such an important part of what we share in common as a hemisphere.”

I could not agree more. The countries of the Caribbean are of profound importance to the United States and particularly to the millions of Caribbean-American citizens in our country.

Unfortunately, our sparse diplomatic presence in the Caribbean significantly impedes our ability to engage more deeply with our partners. That is why I recently introduced the United States — Caribbean Partnership Act of 2014 in the House of Representatives. This bill would establish U.S. embassies in the five countries in the Caribbean with which we have diplomatic relations but no permanent diplomatic presence: Antigua and Barbuda, Dominica, St. Kitts and Nevis, St. Lucia and St. Vincent and the Grenadines.

Passage of my legislation will deepen the relationship between the United States and the Caribbean and build on the Obama administration’s efforts to enhance economic, energy and security cooperation with the region.

Why is this legislation so important? Imagine countries where tens of thousands of American citizens travel for pleasure or business; where thousands of American citizens go to school; where there is a constant concern about drug trafficking and the impact of drug-related violence; but where the United States has no U.S. embassies. That is precisely the case with these five Caribbean nations. All diplomatic relations with these countries are managed by the U.S. embassy in Barbados.

U.S. embassies on these five islands would bring major benefits to our friends in the Caribbean. For example, these embassies could help deepen our trading partnerships by working with the U.S. private sector to identify mutually beneficial economic opportunities. And our embassies could target development assistance to where it is most needed on each of these islands.

While these countries are small, they cannot be taken for granted. They are key voting members of the United Nations and other international organizations. As members of the Organization of American States (OAS) — the only political organization in the Americas that actually includes the United States — their votes are extremely important, particularly as member states choose a new secretary general next year.

With democracy under attack in the hemisphere, it is important that we work with our partners in the Caribbean to ensure that the next OAS secretary general is willing to protect these fundamental freedoms. Interestingly, while the United States has no physical diplomatic presence, both Venezuela and Cuba have embassies in all five countries.

Without a U.S. presence in these five countries, it is very difficult to conduct in-person diplomacy with our counterparts on a range of crucial international issues. Currently, in order to meet with government officials, the private sector or civil society, U.S. diplomats must fly in from Barbados or Washington on expensive, infrequent flights, and at times stay overnight in costly island hotels. Close working relationships with key leaders cannot develop because our diplomats are not there to maintain them.

Regrettably, our diplomacy is often reduced to phone calls and emails, even though we all know that the best interaction is carried out in person. In addition, U.S. citizens living in these countries do not have full consular services to assist in the event of emergencies.

Right now, the United States is rightly focussed on the many crises around the globe from the Middle East to West Africa. Yet, we must not lose sight of our long-term interests closer to home, and we cannot take for granted our neighbours in the Caribbean. Establishing a physical diplomatic presence throughout the Caribbean is just one small way that we can deepen the historic partnership that our countries share.