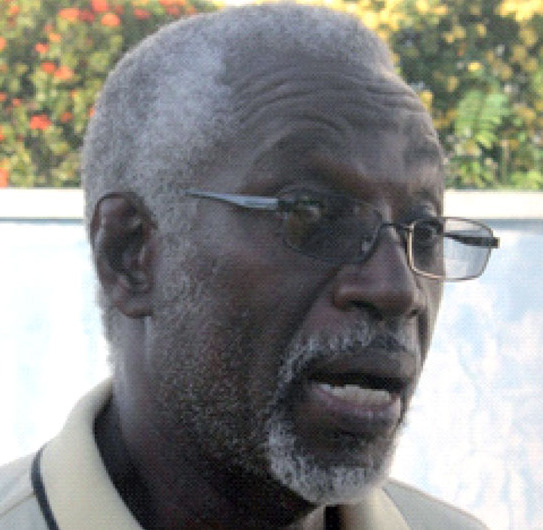 Chairman of the Castries Central Constituency Branch, Mark Louis, says despite the court dismissing a motion he recently brought against executive members of the United Workers Party (UWP), he remains committed to the party’s cause nonetheless.

Last week, Louis filed a motion, alleging that the party’s executive members did not follow the party’s constitution when they voted to expel Castries Central MP, Richard Frederick, from the party on August 17 this year.

During an interview with The VOICE at last Sunday’s UWP National Convention held at Gros Islet, Louis said that at that national council meeting held on August 17, he had raised objection to the expulsion process, citing what he felt was not enough scrutiny placed on the articles in the party’s constitution regarding expulsion.

“I felt the party did not pay sufficient attention to Article 8.2 (a) and (b) of our constitution,” Louis said. “I also felt we did not pay sufficient attention to a certain article in which the executive could have voted on the motion on the recommendation to expel Richard (Frederick). I was of the view that if the executive is the complainant, then the complainant cannot be judge and jury at the same time. If you complain, you cannot vote on the thing. And I indicated to the party that we may be breaching certain principles.”

The sections cited by Louis fall under Article 8 of the UWP’s constitution and that section deals with “Termination of Membership”. Article 8.2 (a) reads: “The National Executive shall notify any member who is under consideration for expulsion, in writing, that such proposal is before it, and that the member shall be required to respond within 30 days of the delivery of the notice. Failure to respond shall be deemed to mean acquiescence of the proposed expulsion.”

Article 8.2 (b) reads: “The Notice described under subsection 8.2 (a) above shall be copied to the Secretary of the Constituency Branch with which the member is registered.”

Louis said he made a strong attempt to convince party executives that they needed to follow proper procedures in order to arrive at a final decision. However, he said, he was not given a fair chance to do so. Based on that, he said, the executive left him no choice but to seek the advice of the courts.

“At that meeting, I was not given the chance to explain anything. In fact, the party chairman just told me that the sections I quoted were not relevant and moved on. So I indicated that I would no longer take part in the proceedings and that I would have to seek the interpretation of the courts on those matters,” Louis explained.

Louis said he wrote to the executive members on the matter the same evening of the national council meeting (August 17) informing them about his intentions to take the matter further. He said he also wrote to the Leader of the Opposition, Dr.Gale Rigobert, indicating to her such intentions. Louis became Chairman of the Castries Central Constituency Branch in mid-September.

A ruling in the matter brought against the party by Louis was scheduled for noon last Saturday but later postponed to 4:00 p.m. that day, when the judge eventually dismissed the case. Louis said he holds no grudge against the party nor the court’s ruling.

“I have to respect what the court said. In fact, to be quite honest, I knew that was going to be one of the things I would have to prove: that I have sufficient interest. It’s not a matter of who’s right or wrong. It’s just a matter of accepting the decision and moving on,” Louis said.

If anything else, Louis says he is also pleased that by raising his voice on the application of the party’s constitution’s above-cited sub-sections, he has given his party reason to ponder on giving the matter a serious listening ear.

“Very interestingly, one of the offending sections which I said they did not pay sufficient attention to is one of the sections that they want to review in their revised constitution. So let us wait and see what happens. Time will tell whether I was right or wrong as it pertains to that section,” Louis explained.

Prior to his expulsion from the UWP, Frederick had publicly made repeated pronouncements that he would not be willing to work with Allen Chastanet as political leader of the party. The party cited Frederick’s failure to attend crucial party meetings and derisive remarks he made publicly against party members as the reasons for his expulsion.

During her remarks at last Sunday’s UWP National Convention, Leader of the Opposition and Deputy Leader of the UWP, Dr.Rigobert, alluded to the motion recently brought against the party. According to her, aggrieved party members should seek recourse allowed for in the party’s constitution. She said that public criticism of the party by its members serves to undermine the party’s strength.

“A gros Flambeau will be the first to defend this party and all of its members. If you are a gros Flambeau and you have the interest for this party at heart and you care about the people of this country and you love this party, you will not take the party to court or threaten to take it to court. We have a constitution that affords every member the avenue to address his or her concerns. Use those avenues,” Dr.Rigobert told the delegates.

Meanwhile, the whole affair seems to have left Louis in a state of flux. He says that while he remains committed to serving in the party’s interest, a great deal of self-analysis as to his future role in the party is necessary.

“For me, one chapter has closed in the book and another chapter opened,” Louis told The VOICE. “And that is another chapter that I have to give some serious thought to. Basically, it’s whether I want to remain in the fold and actively participate or remain in the fold but play a low-key role. So these are things that I will sit and give some reflection to together with the constituency group and then I’ll inform them as to my decision. But that does not necessarily mean that I am against the party. It just means that I am simply not happy with certain processes. And for me that’s what it is.”