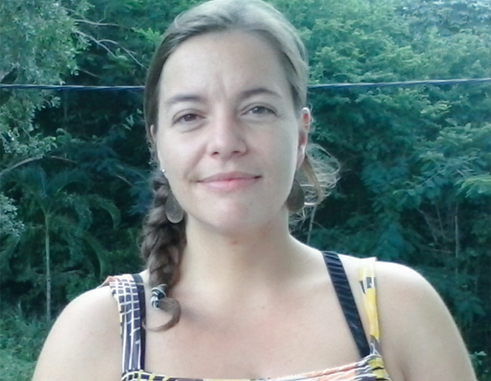 A visiting Spanish doctor who helped in the treatment of Ebola infected patients in Spain says that Saint Lucia’s level of preparedness needs a little bit of tweaking.

Dr. Marta Arsuaga is part of a five member team from the Pan American Health Organization (PAHO) and the Caribbean Public Health Agency (CARPHA) here to host a workshop on how to deal with the Ebola virus should it reach our shores. She said it seemed that the confusion and controversy which was evident in Saint Lucia’s attempts to ready itself to confront the deadly Ebola virus earlier on may have given way to a sense of clarity and order about how things should be done in case the virus lands here.

With help from the Ministry of Finance in order to implement a permanent Ports Health Programme, the Ministry of Health appears to be ironing out the kinks that were visible in its initial Ebola readiness programme.

Advice from PAHO has been accepted by the Health Ministry, which last month announced that it was working in collaboration with all other ministries and with PAHO itself.

Health Minister Alvina Reynolds has spoken about the degree of confidence health workers have in being fully prepared if called to deal with a case of the Ebola virus.

Now this week first responders and other health care workers from across the Country packed the conference room of the Tapion Hospital (Thursday and Friday) to get more first-hand information about how to deal with an infected person, how to put on and remove the suits used in treating an Ebola infected person and other information necessary to improve the country’s level of preparedness.

The team conducting the workshop arrived in Saint Lucia on Wednesday and is expected to leave sometime today.

Dr.Arsuaga, who hails from Spain is a specialist in internal medicine and tropical medicine. She brought with her personal experiences of how to deal with Ebola patients having the distinction of being one of the doctors who helped treat three Ebola infected persons, one being a health worker at a hospital in her home country who contracted the disease a few months ago. That health worker who contracted the disease from an Ebola patient died, is now Ebola free. Two persons have died from Ebola in Spain.

Arsuaga said that although it was the first time her team got in contact with the disease they were not afraid. When the health worker contracted the disease it was thought that the suits’ (personal protective equipment) or popularly called PPEs did not work. However, since no one else from the team fell sick they knew that the suits worked in preventing them from contracting the disease.

She advised patients on the part of those treating Ebola infected persons.

“Avoid panic should you be dealing with a case of Ebola here,” was the advice she handed to participants at the workshop.

Arsuaga who spoke to The VOICE Thursday said that she would be instructing health care workers on the proper way to put on and remove the PPEs, how to deal with a patient from the diagnostic stage to the discharged stage and how to improve Saint Lucia’s level of preparedness.

She and her team visited hospitals and ports of entry here to see the level of preparedness.

“If you are prepared you are going to be safe,” Arsuaga said adding that with the preparations she saw, a bit of tweaking here and there was needed and some areas needed fixing.

“You have the team to do it,” she added.