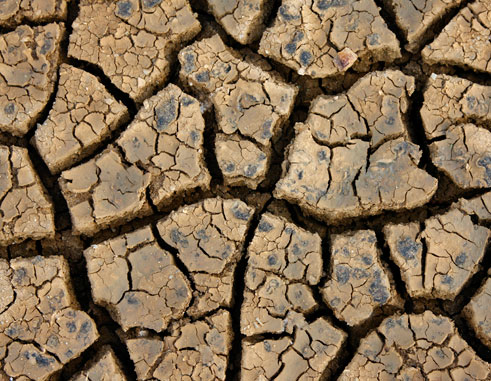 LAST week, I highlighted a few of the many differences between the Saint Lucia Labour Party, the party which stands for Bread, Freedom and Justice, and the United Workers Party, the party of privilege. I pointed out major differences both in their styles of governance and in the area of philosophy. It was an analysis which proved beyond any doubt that Labour was better suited to navigate the turbulent economic times now being experienced globally.

As if those differences pointed out last week were not sufficient, what passed for a UWP Convention on Sunday – one newspaper actually referred to it as a pantomime – illustrated another major difference between the two parties. The expulsion of Richard Frederick from the UWP, principally on the ground of criticising a party official, illustrates Allen Chastanet’s intolerance for contrary opinions. Richard Frederick, a sitting Member of Parliament, who has won the Castries Central seat on three successive occasions, stated that Oswald Augustin, Chastanet’s hand-picked General Secretary, was a political failure.

Never mind that all of Frederick’s pronouncements were true, Chastanet, who, unlike Frederick, has never tasted political victory and who first sought the Gros Islet seat, followed by the Castries South seat before settling in Sulphur City where he was roundly blown away by Hurricane Dalsan, hauled Frederick before a hastily constituted committee which, predictably, recommended his expulsion.

The fact is Chastanet brooks no dissent.

One only has to look at what befell Stephenson King, a former prime minister, who dared to keep his name on the ballot after Chastanet challenged for the Party leadership in 2013. As far as Chastanet was concerned, the man who had given nearly forty years of his life to the UWP was out of place to stand in the way of the emperor. Not surprisingly, mere months later, King would pay dearly for his indiscretion when he was unceremoniously and publicly stripped of the Leader of the Opposition position.

All of this in a mere year of Chastenet’s leadership. Clearly no one is immune from Chastanet’s wrath.

Kenny D. Anthony, on the other hand, has led the SLP for eighteen years, thirteen of these as Prime Minister, and during that time not a single party member, let alone a sitting Member of Parliament, has ever faced the Disciplinary Committee, far less to be expelled for criticizing either the leader or the party’s policies. If Chastanet the party leader can be so undemocratic what then can be expected of Chastanet the Prime Minister?

During his speech to the convention’s delegates Chastanet implored members to keep party differences within the party and not to bring them into the public domain. Is that the same Chastanet and company who continuously chide Philip J. Pierre for not publicly challenging his party leader? Is that the same Chastanet and company who time and again insist that the SLP’s First Deputy leader lacks courage? So whilst Chastanet attempts to goad a very satisfied Philip J. Pierre into creating confusion in stable Labour, Chastanet on the other hand expels Richard Frederick for voicing extremely legitimate concerns about his party and strips Stephenson King of his leadership role in the Parliament. What double standards by the UWP leader? Little wonder the UWP remains a much divided party. Sometimes television can be so cruel!

Allen Chastanet also continues to live up to the reputation he earned following the court’s ruling in the Tuxedo Villas matter when the OECS Court of Appeal dubbed him an untruthful witness. Last week, Mark Louis, a disgruntled UWP member – yes, yet another one – proceeded to the High Court seeking leave to file for judicial review of Frederick’s expulsion. Whilst the judge ruled that Mark Louis did not have a sufficient interest in the matter to be named as plaintiff, Chastanet and company have instead been speaking untruths suggesting the judge found the case without merit. The bald truth is that the judge did not rule on the merits of the case but instead simply said, in effect, that Mr. Louis was not the proper person to have filed it. The matter is, therefore, very much alive and not a dead issue as Chastanet had his delegates believe. But that is the Chastanet way; speak untruths sufficiently often and it might just be believed.

Let us continue with the show which passed for a Convention on Sunday. Although, Mary Polius was nominated unopposed and, therefore, should have stood duly elected at the close of nominations, there was the party chairman, Ezechiel Joseph, calling for a vote on Ms. Polius’ nomination. Is that what Saint Lucia is to be saddled with under a UWP government? There was even more chaos when, in response to Ezechiel Joseph’s call, delegates loudly suggested Mary Polius was not their choice. All this for someone who stood unopposed!

And does the UWP care nothing for fiscal prudence and integrity? If so how does it explain choosing someone who is the subject of several serious allegations of a monetary nature in the Town and Village Councils Report, to be its treasurer? The nation is clearly being warned that a future UWP government will simply continue its behaviour of plundering our treasury much as they did between 2006 and 2011.

Last week it was revealed that Mark Louis, the man who attempted to stop the Party’s convention, was in fact employed by the parliamentary opposition leader, Gale Rigobert, in her official office. No doubt smarting from the public exposure, Ms. Rigobertattempted to deflect the attention away from herself – many within the party are convinced she could have prevented the law suit by her employee – came out swinging against those who would hurt the party by filing law suits against it. The delegates hardly seem convinced that she meant those words.

This then is the dilemma which faces the UWP under Chastanet. Not even their own members believe them.

Further, as if to bully the delegates into voting for Chastanet or else, the party’s general secretary warned delegates that the party was able to stay afloat financially only because of the connections which he and Chastanet had established. If ever proof was required to show conclusively that Chastanet’s rise to the top position was via the cheque book, it came from none other than his former Consolidated Foods Ltd’s colleague, Oswald Augustin. Vote for Chastanet or risk losing his access to money was the undiluted message from Augustin. Those of us who watched the event live on television could not help but note the incredulity which overcame delegates when the general secretary made his pronouncement. Clearly, money still talks in UWP politics!

The choice is, therefore, clear; stable Labour under trusted Kenny or the in-fighting-riddled UWP under the money-spending Chastanet.