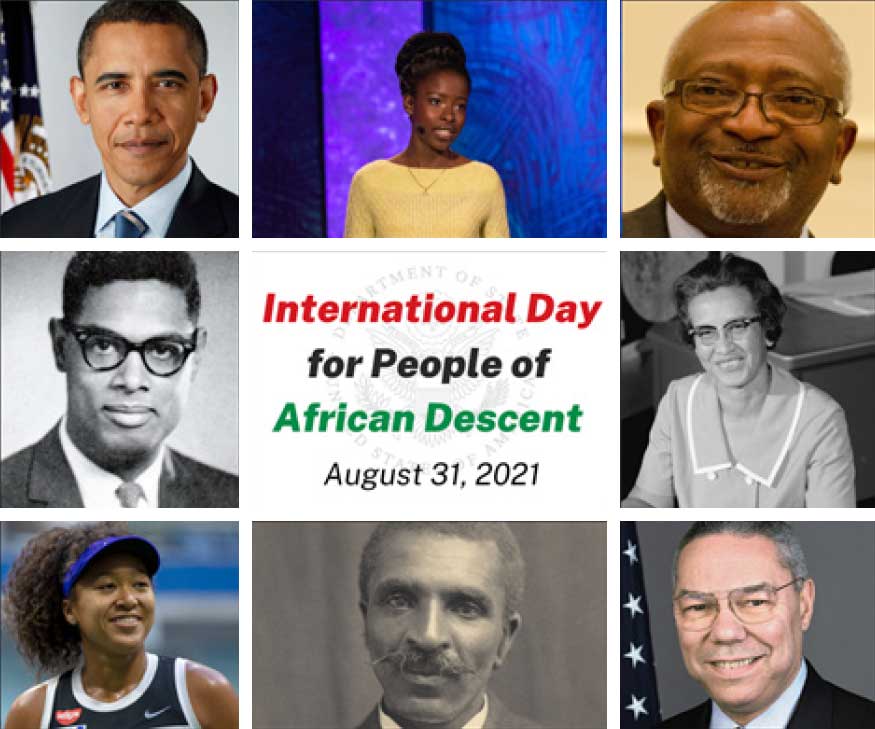 This Administration has elevated racial justice and equity as an immediate priority, promoting it across federal government agencies, policies, and programs, including our engagement at the United Nations. The United States strongly supports the creation of the UN Permanent Forum for People of African Descent. We must get at the root of the challenges and address structural racism while acknowledging the intersections of gender, gender identity, sexual orientation, disability, ethnicity, religion, and national origin.

As we celebrate the contributions of people of African descent across the world and in the United States, we also take solemn note of the International Day for the Remembrance of the Slave Trade and its Abolition on August 23. It is only by facing the painful truth of our past, and not shrinking from our current responsibilities to address systemic racism, that we will forge a better future. Today, the Department of State honours the dignity, equality, and contributions of all people of African descent in the United States and in communities around the world.