Ladies and gentlemen of the Press, good morning,

When Saint Lucians elect their leaders, they expect that, beyond all else, these women and men will put the people’s interest and that of the state first, and not the personal, private interests of friends, family and foreigners.

The National Insurance Corporation (NIC)-Cabot Loan Fiasco has become one of the most glaring examples of a government not acting in the interest of the state and putting ulterior motives first. We have all heard the Prime Minister stating that he is “a product of Canada” This statement explains perfectly why we are now saddled with this Cabot scandal. Allow me to state succinctly the facts regarding this matter.

1. Sometime in 2008, a golf course development, called the Raffles Project earmarked for a 375 acre site at the north-eastern tip of Saint Lucia, collapsed and the land fell into receivership of the Bank of Nova Scotia and remained a distressed asset (at risk of being foreclosed) for many years.

2. In early June 2019 a sod-turning ceremony for a Cabot Point 18-hole golf course, 50-room hotel and real estate development was held on the site. Cabot is a relatively small Canadian golf course company which is owned by a Canadian entrepreneur. The Prime Minister, representatives of the NIC and Cabot participated in that sod turning ceremony. No indication was made that NIC was providing a loan to Cabot.

3. At the time of the sod-turning ceremony in 2019, Cabot did not yet fully own the property, nor was there any planning approval granted for the development. It was only after information was leaked through the media suggesting that NIC funds were going towards the development that the NIC felt compelled to issue a statement and then hold a press conference. The NIC claimed it was bound by confidentiality and details of the loan remained sketchy.

4. However, at the press conference, the Chair of the NIC Board, disclosed that it was the Prime Minster who initiated the Cabot loan arrangement. We are told, also, that the NIC undertook a valuation of the property and its value was placed at EC$92 million. So, why then did the NIC simply not purchase the property outright, if the property was for sale at about 40% of its actual value?

5. In fact, the NIC’s Director, in his statement at the same press conference, revealed that the NIC’s first intention was to actually purchase the property. Now, the reason given by the NIC as to why they did not purchase the land is that the Receiver had a commitment to sell to Cabot. It is our understanding that the commitment period provided to Cabot was close to coming to an end. The NIC simply had to wait a short while, and then make an offer once that commitment had expired. But it did not. It was clearly convinced by the Prime Minister into giving Cabot, a loan instead.

7. On March 17th 2021 the NIC received $29.4 million from Cabot which represented the repayment of the loan of $27 million and interest of $2.4M. It is fair to say that the NIC made $2.4 million when they could have increased the assets of the pensioners of Saint Lucia by $50m if they had simply just purchased the land.

The notion that we should be celebrating this early repayment of the NIC loan is plain foolishness and a cheap political trick. The government instead should have given opportunities to Saint Lucians living here and abroad to benefit from the land of their birth by owning a piece of pristine property in Saint Lucia.

8. The NIC could easily have created an opportunity for the development of the land and could have potentially made close to $200 million in land sales alone. On the other hand, Cabot, by collecting just deposits alone, for the first phase of its development, has raised US$50 million (EC$135.8 million) in sales.

9. Now, some may say this sounds astounding. However, if you visit Cabot’s website, you would see a listing of the properties available and their prices. This first phase has about 43 lots, covering about 15 acres of land. The prices of the lots range from EC$2.2 million to EC$6.5 million for a half acre lot. Phase One sales can raise EC$135 million for Cabot, or US$50 million (5 times the loan amount). In effect, land which the NIC loan helped buy is now being sold for over $250 per square foot.

10. The Saint Lucia Labour Party supports true foreign direct investment that is inclusive, sustainable and beneficial to Saint Lucians. We will correct the wrongs of this and many other developments. We will secure free, public access to our beaches and coastline. And we will protect our institutions like the NIC from Prime ministers and Ministers who may have their own personal agendas at heart, and not that of the country.

11. Finally we again call on this uncaring, self-serving Administration to call the Elections now, so that the people of Saint Lucia can go to the polls and let themselves breathe again. 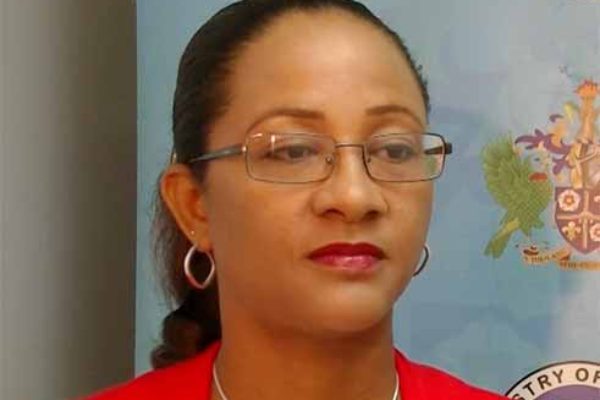