Media Release Courtesy the Embassy of the Argentine Republic in Barbados

This year, the Common Market of the South (MERCOSUR) celebrates thirty years since its foundation, carried out through the signing of the Treaty of Asuncion in 1991. MERCOSUR is a historic achievement of the countries that make it up, which has allowed us to advance from a logic of rivalry towards one of cooperation.

Regional integration has a long tradition in Latin America, in which we could mention the theoretical works of Raul Prebisch since the 1950s, or the founding of the Latin American Free Trade Association (ALALC) in 1960. Later, in 1980, the current Latin American Integration Association (ALADI) was created and, in the middle of that decade, the rapprochement between Argentina and Brazil began (Act of lguazu of 1985}. These two countries will later be joined by Paraguay and Uruguay to culminate with the creation of MERCOSUR in 1991. In the Caribbean region, the creation of CARICOM through the Treaty of Chaguaramas and the creation of the OECS with the Treaty of Basseterre also stand out.

The bloc was born in a climate of return to democracy in Latin America and, from the beginning, our countries understood it as a central tool for regional cooperation to leave behind the danger of dictatorships and de facto governments. Our governments understood that the elimination of barriers in our region would be important to improve our economic well-being and also to eliminate the hypotheses of conflict that previously existed between some of our countries, through a broad process of building mutual trust. Precisely, the logic behind the conflict hypotheses that previously existed in the region is the belief that the only way to gain something is to take it from someone else. This logic was changed to that of building common interests on the basis of common needs.

It was the belief that relations between countries are a zero-sum game. Faced with this way of thinking, our democratic governments proposed a model of mutual benefit in which trade generated profits for all countries through the expansion of the market and economies of scale and specialization, making our production systems more competitive, and benefiting all parties. The same, it was understood, could be done in political, social, cultural and educational matters. It is a model of cooperation versus another of conflict.

Cooperation within MERCOSUR extended to many areas: culture, education, science and technology, the confidence achieved in the defense and development of nuclear energy (a fundamental aspect in the eighties}, the construction of a common citizenship, the coordination of social and economic policies, and so on. The areas of joint work in the bloc are multiple and varied and are changing as changes in the international context and in that of our countries require it. 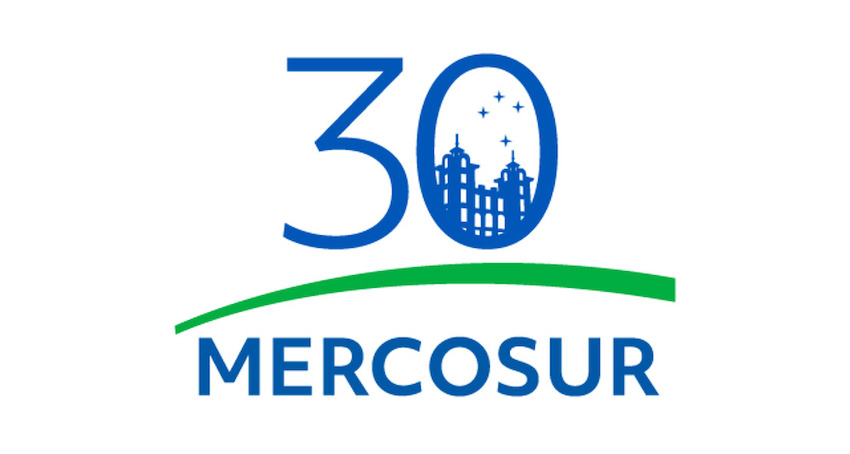 Starting in 1991, we created a free trade zone so that our goods and services circulate without restrictions, and also a common external tariff that allows us to manage the exchange with the rest of the world. This allowed our mutual trade to grow vigorously. We were also able to promote an exchange of value-added products among our partners that allowed us to boost non-traditional export activities and create quality jobs (biofuels, chemicals and petrochemicals, plastics, pharmaceuticals, iron and steel, automotive, among other areas). Indeed, while the MERCOSUR countries are traditionally strong exporters of primary products, many of the exports made between the bloc’s partners are industrialized products, with automotive trade standing out (almost 50% of the trade between Argentina and Brazil).

At the same time, we are working on harmonizing technical regulations so that they provide safety for production and consumers without unnecessarily impeding trade. In terms of public health, coordination between our countries has always been important, and even more so during the current COVID-19 pandemic. Our citizens can also settle in another country of the block and work freely in an easy way, something that is not common in the rest of the world.

In 2004, we created the MERCOSUR Structural Convergence Fund, through which more than US $ 1 billion have been invested today in non-reimbursable loans for infrastructure and productive development projects, among others, which has allowed us to increase competitiveness of our economies and improve our living conditions, especially in the most backward areas of our countries.

On the other hand, from its early years MERCOSUR sought trade agreements with all the countries of the region, which today has allowed it to build a free trade area with most of the Latin American countries. Likewise, we have also negotiated trade agreements with the European Union, EFTA, Israel, Egypt, India, and the countries of southern Africa, among others. MERCOSUR is not a block closed to foreign trade, but a platform for our countries to project themselves to the rest of the world.

As always happens, not all the expectations that the creation of the block generated could be fulfilled. In this sense, although industrial and high-value-added trade is important among partners, there is still much to be done in terms of active industrial policies. The initial expectation that the expanded market alone would boost trade in our industries was not correct. Faced with this reality, the bloc has had difficulties in developing joint policies for the development of competitive advantages that serve to equitably distribute the advantages of regional integration among the partners.

We believe that the meaning of integration is to seek agreements, respecting the diversity of our countries. Even when we think differently about certain issues, ultimately the willingness to want to integrate, our common agenda, prevails. Our countries promote a solidarity regionalism in political, economic and social matters because we know that facing difficulties together makes us stronger.

MERCOSUR is the most relevant foreign policy instrument of the last thirty years for our countries. It is, in short, a state policy that has been preserved beyond the changes of government. In these thirty years we have achieved many coincidences: the commitment to democracy as a fundamental condition for the life of our peoples; respect for human rights as an essential and inalienable value for coexistence; recognition of our diversity; the coordination of our growth policies to integrate our productive structures. This is a job that we must continue to do day by day, so that in thirty years we can look back, as we do now, and feel proud of what we have built.

The world is experiencing a reconfiguration of the world power structure, along with a crisis in the international institutions that have ruled us for the past seventy years. Faced with the challenges and uncertainties posed by this scenario, we have no doubts that the integration of our countries will continue to be the best way to boost our development, preserve our sovereignty, and promote the well-being of our people. All power is weak, unless it stays together.