In one of his first initiatives as Sandals Resorts International’s Executive Chairman, Adam Stewart has announced the creation of The Gordon “Butch” Stewart Tourism & Hospitality Scholarship, fostering the power of education to develop the next generation of Caribbean tourism leaders in honour of the Honourable Gordon “Butch” Stewart O.J, C.D, Hon. LLD.

“My father fiercely believed in the power of possibility; he understood and celebrated the ability of people to rise above their potential and accomplish great things,” said Adam Stewart, Executive Chairman of Sandals Resorts International. “This scholarship’s core mission is to ensure a strong future for the Caribbean hotel industry by fueling the talent pipeline with opportunity – a true reflection of my father’s passion for the region and its potential.  That’s why I am delighted to honour his memory and the example he set by empowering our team members to dream big and dream bright.” 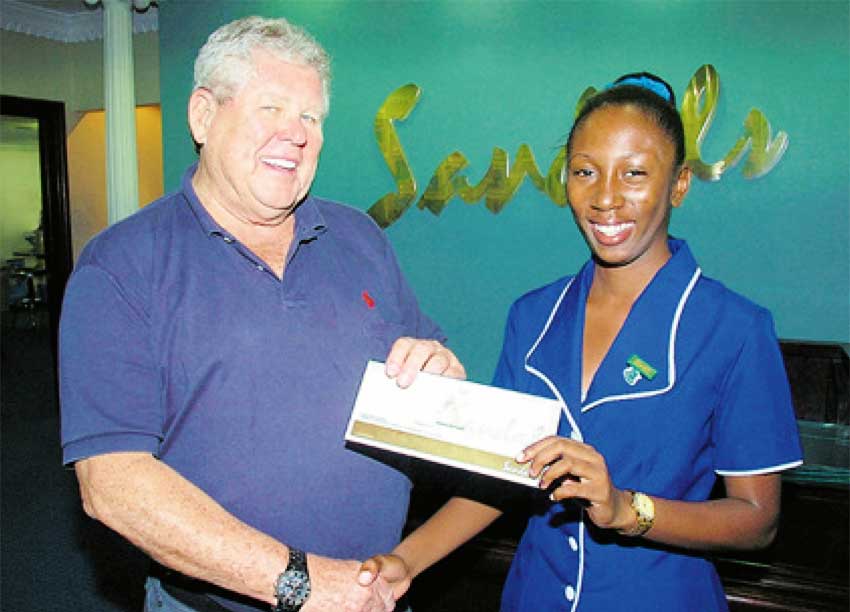 Funded through contributions raised by the Sandals Foundation, the brand’s non-profit philanthropic arm aimed at making a difference in the lives of the Caribbean people, the eponymous scholarship is available to full-time team members who will be evaluated based on their financial needs, personal attributes, and success in their current role. Working alongside the esteemed Sandals Corporate University (SCU) and in partnership with local colleges and universities, recipient(s) of the scholarship will be eligible to receive funding for up to a four-year college programme in hospitality and tourism. Applications will be accessible through the SCU starting June 1, 2021.

“When we launched the Sandals Foundation in 2009, we did so to put a formal face to the philanthropic efforts my father championed since he opened the doors of Sandals Montego Bay in 1981. It’s my honour now to ‘formalize’ this scholarship in his name, cementing his passion for mentorship and his profound desire to elevate the promise of the Caribbean,” said Stewart.

In addition to the scholarship programme, those wishing to help honour the late Gordon “Butch” Stewart and his love of the region he called home, can do so by donating to support the marine conservation efforts of the Sandals Foundation. Through the creation and management of coral nurseries and marine sanctuaries, and by partnering with local community groups for mangrove restoration and turtle conservation, the Sandals Foundation has helped to restore and sustain the delicate marine ecosystems the world has come to know and love. Additionally, the Foundation has continued its commitment to work alongside local schools and educators to integrate marine education in their curriculum, spearhead hands-on field trips to protected areas, and engage residents in coastal communities on proper solid waste management programmes to ensure the presence of environmental stewards for years to come.

According to Heidi Clarke, Executive Director of the Sandals Foundation, “The late Chairman was most at home when on the water.  He had an unshakeable love for the Caribbean Sea and over the years, greatly contributed to marine conservation throughout the region,” said Clarke. “Mr. Stewart has impacted so many people across the globe, and his legacy will live on as we continue to strengthen our partnerships and communities to be positive change makers.”

Sandals Resorts International and the Sandals Foundation will continue to do their part in furthering Gordon “Butch” Stewart’s passion for philanthropy by educating the region’s people, providing the necessary tools and funds to further professional goals, and implementing initiatives to protect the islands he loved so much.

For more information and to donate to The Gordon “Butch” Stewart Tourism & Hospitality Scholarship or to Marine Conservation efforts, please visit www.sandalsfoundation.org.  undertaken since its founding in 1981 to play a meaningful role in the lives of the communities where SRI operates throughout the Caribbean. The Sandals Foundation funds projects in three core areas: education, community and the environment. One hundred per cent of the monies contributed by the general public to the Sandals Foundation go directly to programmes benefiting the Caribbean community. To learn more, visit online at www.sandalsfoundation.org.