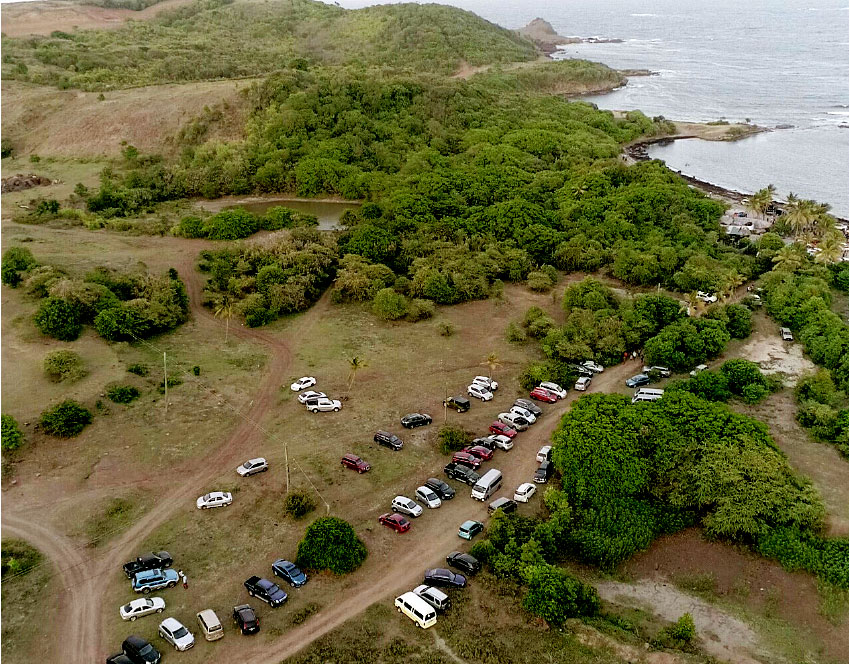 The Saint Lucia National Trust again finds it necessary to voice its concerns about the Cabot Saint Lucia project in the public domain because of mounting concerns over the manner in which this development is progressing and the apparent lack of engagement by the responsible public authorities to fulfil their mandate.

We are aware that in July 2020 the Cabinet of Ministers decided to lease the Queen’s Chain adjoining the Cabot property to the developer for seventy-five years on conditions to be formulated by the Department of Physical Planning.

We were also given assurances by the developer that the area of land on the southeastern corner of the property on which an Amerindian village and burial ground were located, and identified in the draft Environmental and Social Impact Assessment (ESIA) prepared for the proposed development as an ‘Archaeology Priority Area’, was to be left undisturbed until a full archaeological investigation, and if necessary, an archaeological rescue mission is undertaken.

The draft ESIA completed on behalf of the developer is currently awaiting approval by the Development Control Authority (DCA). While the Developer’s and Cabinet’s undertakings provided the Trust with some measure of assurance that our concerns over the impact of this development on our heritage assets and rights of access were being considered, we remained vigilant to see that these matters were under active consideration and compliance, as the case may be.

We, therefore, call on the DCA to immediately investigate this matter and to take the necessary action under the Law that governs its operations to prevent works within the Queen’s Chain until the conditions of the lease are known and, when appropriate, any development works are done in compliance with those conditions.

We are also very perturbed about ongoing land clearance that is impinging on the Archaeology Priority Area identified in the draft ESIA prepared for the proposed development. We recently wrote to the developer noting concern with works in the vicinity and to remind him of his commitment to leave this area undisturbed.

We are at a loss to understand how or why the DCA is allowing major works to continue before the ESIA is approved. We call on the DCA to actively monitor this development to ensure adherence with the approvals granted, and to take measures to ensure compliance.