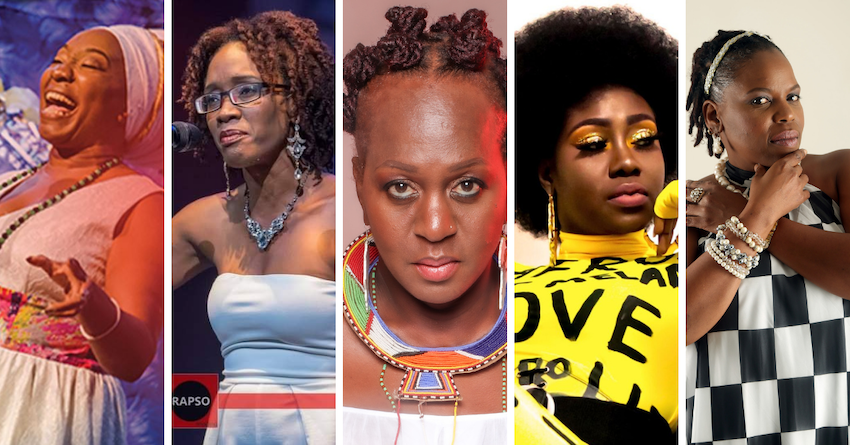 Prime Minister of Trinidad and Tobago, Dr. Keith Rowley’s October 2020 announcement that, “Carnival in Trinidad and Tobago in 2021 is not on” has not stopped local artistes and Carnival stakeholders from keeping the culture and festivities of the season alive. Among them stands Warrior Empress, who, in collaboration with Music Mill Studios will present Uncrowned QUEENS – a virtual musical concert featuring some of Trinidad and Tobago’s most promising Female Calypsonians; this event will be live streamed via YouTube from 8PM (AST) on Friday 5th February 2021.

No stranger to the Calypso arena herself, Warrior Empress (whose birth name is Allison Bernard) has been singing professionally for the past fourteen (14) years. She sang out of the Kalypso Revue from 2015 to 2019, was finalist in The NWAC Calypso Queen Monarch Competition from 2010 to 2019 – placing 2nd on two (2) occasions 3rd on another, and was also the First  Reserve at The National Calypso Monarch Finals in 2019 with her own composition ‘The You in You.”

Showing her true warrior spirit, Bernard is not one to retreat when faced with challenges. In a statement to the media Bernard said she was inspired to produce this show “on the heels of one of the governing body for the Carnival stating that they would not be holding any [Carnival related] activities… not even virtually.” With three (3) successfully produced online events under her belt: With Women In Mind’ – a Mother’s Day Concert in May 2020, ‘Vocals and Steel’ – a Father’s Day Concert in June 2020, and ‘Rise Up’ – an Emancipation Concert in July 2020, in addition to an ongoing, online weekly talk show entitled “The Feminine Drive” Bernard saw this statement as an opportunity to innovate, and “keep the spirit of Carnival alive in a new way”.

Calypso and Calypso Competitions are an integral part the Trinidad and Tobago Carnival experience, and Warrior Empress lists Ella Andall and Singing Sandra as some of her greatest influences as a cultural artist. She also acknowledges that there are many other female Calypsonians and Chantuelle singers of the Gayelle who have paved the way for her and others female performers to follow, but go unnoticed because they have never won a crown. This is why the decision was made for UnCrowned QUEENS to honour these unsung sheroes, by featuring some of the best and most promising Female Calypsonians in Trinidad & Tobago who are yet to hold a National Calypso Title, but who have contributed and continue to contribute towards the Cultural landscape in T&T.

Slated to perform at the event on Friday 5th February, 2021 are Lady Adanna, SpiceY, Alana Sinnette, and “Tiny”, with guest performances by: 2011 NWAC Calypso Queen – Heather MacIntosh , and Reigning National Calypso  Monarch – Terri Lyons, all backed by a live band under the Musical Direction of Rodney Alexander.

This calypso/carnival experience will be hosted by Eunice Derrel, and live streamed to the Caribbean diaspora via YouTube, 8PM – 10PM (AST). Access passes $140 TTD ($20 USD) and can be ordered online at http://bit.ly/UnCrownedQUEENS or by calling (868) 304 – 1022. Payment options include Paypal, Bank Transfer and cash.