An attempt to flee the scene of an accident was foiled by vigilant community men and women of Cacao, Babonneau. 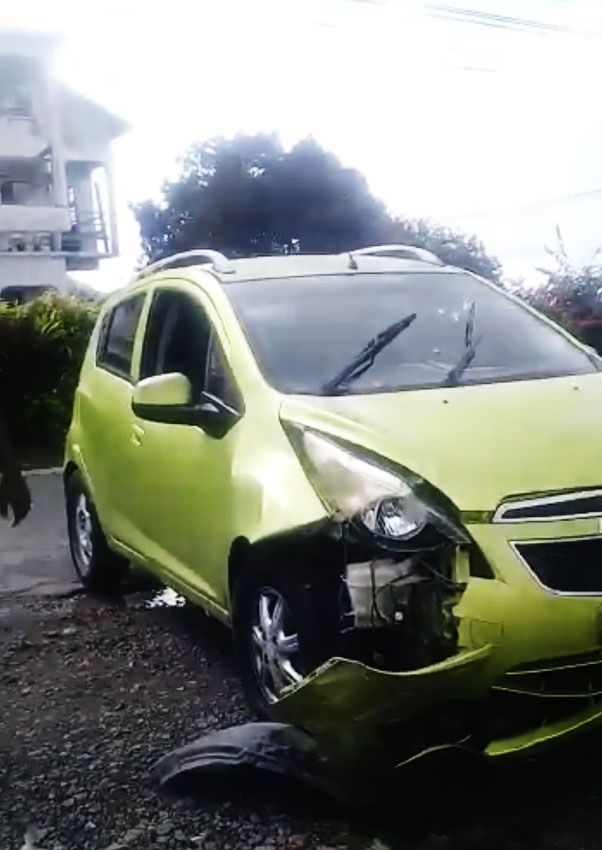 A young male driver of a green Chevrolet Spark, had collided with a silver vehicle. When questioned about his license by witnesses on the scene, he deduced it would be a better idea to make a clean getaway and proceeded to make good on that idea by dangerously reversing the vehicle uphill.

His plan was cut short after inanely crashing into a concrete structure, however, that didn’t prevent the quick-thinking hoodlum to attempt another getaway, this time on foot. Video footage obtained by The Voice, shows the driver of the green Spark, sprinting downhill as residence continue to question him on his reasons for running.

The vehicle appeared to be immobile with significant damage to the front and side. An eyewitness confirmed to The Voice that the young driver was eventually caught and while awaiting police given a stern and lengthy scolding on the dos and don’ts when involved in a motor vehicle accident.