SAINT Lucia has gone back to being under a State of Emergency effective Wednesday of this week and scheduled to end Wednesday next week, all part of a new set of COVID-19 protocols aimed at reducing an unprecedented rise in COVID-19 positive cases that have put the entire island at risk, and health services under severe strain.

Health authorities are battling to flatten the proverbial COVID curve in the country which has already recorded 18 deaths in an astonishingly short space of time and over 1500 diagnosed cases with just under 800 of those active. 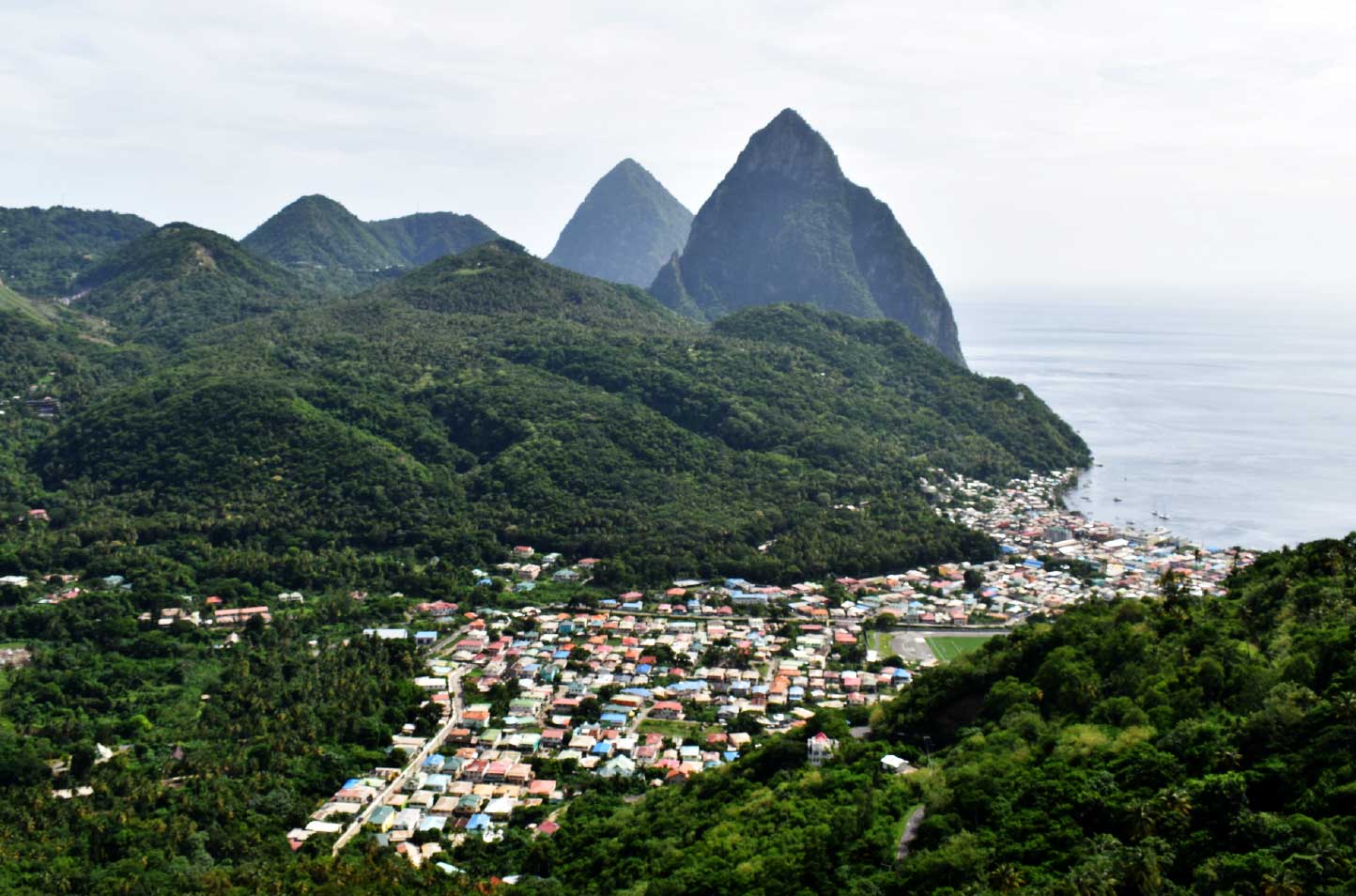 The country, this week, was not spared the horrors of the virus which contributed to unrest at the lone prison facility on the island, where an inmate who worked in the kitchen died from COVID-19 related complications.

It has been confirmed that the inmate showed symptoms of the disease and died at the Respiratory Hospital four days after settling there.

The unrest at the Bordelais Correctional Facility, captured on social media and which resulted in the hospitalization of three inmates, saw inmates agitating about deplorable conditions at the prison, the lack of a sustained judicial process for having their cases heard and concerns about being uninformed about the virus, and general safety concerns associated with the virus. All of this comes amid revelation that eight inmates had contracted the virus.

With the tentacles of the virus in almost every corner of the country and silently invading businesses and homes, the task ahead is on saving the lives of citizens while at the same time employing strategies to keep livelihoods afloat.

Government attempts at ejecting a tone of calmness, while at the same time projecting a certain level of control over the situation is not sitting well with a certain section of the population, which consistently keep asking for stricter measures for visitors to the island, taking into consideration the increasing numbers of COVID-19 positive cases emanating from hotels on island.

Prime Minister Allen Chastanet however believes that the country, despite the rising numbers in COVID cases and related deaths, could still keep its tourism industry going, this week making a case to keep hotels and airports open to visitors.

“Our tourism industry is back on the rebound. Leading into January 2021, over 5000 hospitality workers, over 1000 taxi drivers, tour company operators, had returned to work,” Chastanet said, adding that this was due to the fact that Saint Lucia led the way in the strict protocols government had in place for arrivals and global advocacy for pre-testing.

“I share your concerns as visitors come in from high-risk countries. However, I want to reassure you that we continue to monitor, change and adjust our protocols to keep you safe,” he told the nation earlier this week.

“In terms of the visitors, we put in the strictest protocols. Our policy is that when they come, they stay in their hotels and are not allowed to roam around and mingle because the safety of our people will always remain paramount,” the prime minister said.

“They (visitors) were not allowed to venture out nor rent vehicles and drive around. In keeping with ensuring your safety, we pulled back on these protocols and suspended all tours for the last 10 days,” he added.

He reiterated that the decision to keep the borders open was made in consultation with the Saint Lucia Hotel and Tourism Association, airlines and other tourism sector agencies along with the Ministry of health.

“The people who work in the hotels want to work to take care of themselves and their families. All the other people involved in the tourism sector, from restaurants to suppliers of goods and services, have been consulted and they approved our protocols in keeping the sector open. If it gets to the point when we see that the risk to Saint Lucians is too great and will put their health and safety at risk, we will have no hesitation in shutting down,” Chastanet said.