A group of 12 students from Saint Lucia who were approved for university studies in Cuba formally received their scholarships at a ceremony held at the Embassy of Cuba.

The activity was conducted in three separate groups to comply with the regulations established to avoid COVID-19. The selected students will study Architecture, Nursing, Medicine and their specialties. 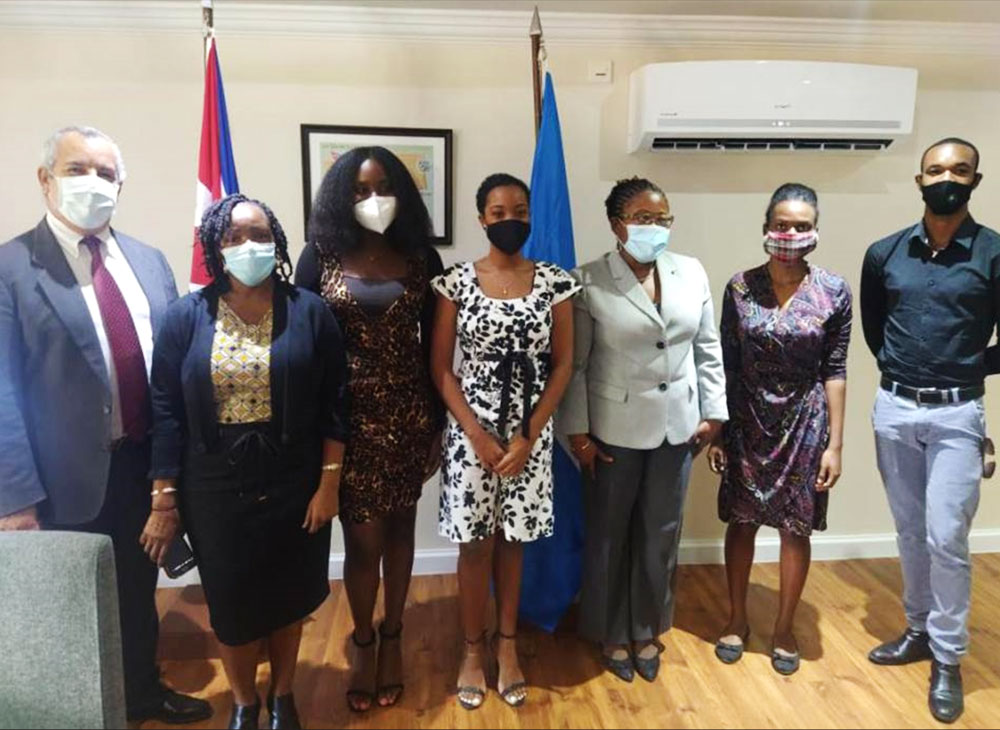 Accompanied by their parents, the young Saint Lucians received the Student Ticket assigned to begin the scholarship and also signed the Code of Ethics for Foreign Students at Centers of Higher Education in Cuba.

Ambassador Alejandro Simancas welcomed them and told them about the history of the bilateral relations and their level of excellence. He emphasized that even in the midst of the difficulties imposed by the blockade and the pandemic, Cuba will not give up on its policy of solidarity and cooperation with its Caribbean friends, and in particular with Saint Lucia.

He stressed the importance of studying and growing as professionals and human beings and, at the same time, becoming symbols of the close ties of friendship between the two countries.

Adria Sonson, Permanent Secretary of the Department of External Affairs, thanked Cuba for always extending the hand of solidarity to Saint Lucia by maintaining the Scholarship Program, which, she recalled, has enabled the training of hundreds of young Saint Lucians.

Also participating was Bernice Marcellin, an official of the Human Resource Department of the Ministry of Education, who reiterated her congratulations to the students for the scholarship granted and represented the joint work done with the Embassy of Cuba in the selection of the scholarships.

This group of young people will depart for Cuba in mid-January to begin their studies and will join the already sizeable group of students from Saint Lucia who are already there.