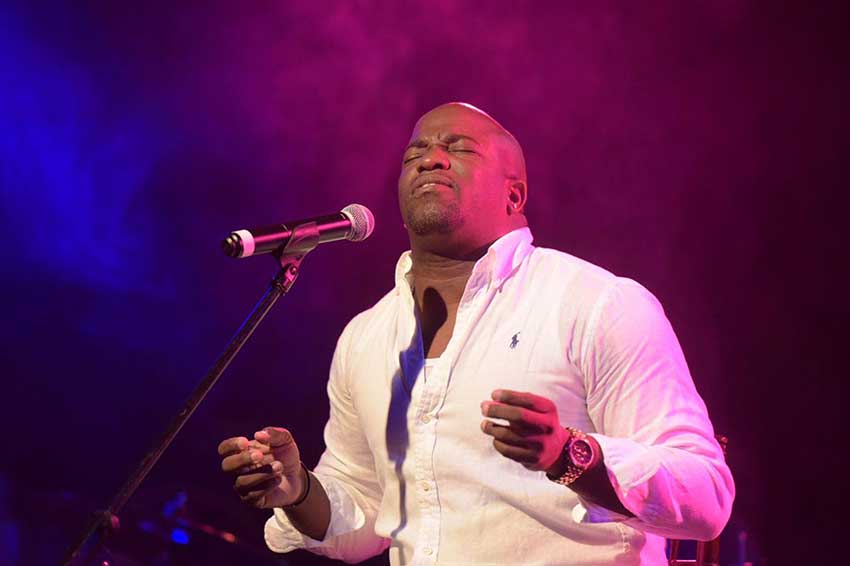 PRESS RELEASE — Castries, March 25th 2020; Through a collaboration driven by the Cultural Development Foundation (CDF),a small group of A-listers from Saint Lucia’s music sector havelent their voice to the call for vigilance and personal responsibility in the fight to minimize the potential impact of the COVID-19 pandemic on the country and its citizens. The voices of the participating artistes – Teddyson John, Brand Ambassador, Meshach Nestor, Taj Weekes, Goodwill Ambassador, Werner “Semi” Francis, Michael Robinson, Jennifer St. Louis, Christa Bailey and Ronald “Boo” Hinkson, Goodwill Ambassador– are distinctive on a musical jingle released on the 25th March. The production was mastered by Meriaha St. Louis.

Titled “Together We Can Win This War”, the music and tagline will brand the aggressive bi-lingual public education campaign which is being led by the Bureau of Health Education (BHE) of the Ministry of Health and Wellness. The project is a collaboration of the CDF and BHE. The jingle was penned and produced by Ambassador Ronald “Boo” Hinkson with the endorsement of the CDF, and message oversight provided by the BHE. “In light of what COVID-19 could portend for our country and the cultural and creative sector which we represent, the idea and creative concept was timely, because it enabled us to support the machinery of government in a way that adds value, and co-opt creatives as influential advocates for the cause”, explained Mrs. Raymona Henry-Wynne, Executive Director of CDF. In that regard, she said that CDF’s role has been to broker the conversation with the BHE and help mobilize participation from the sector.

BHE Director Natasha Lloyd-Felix described the initiative as “extremely encouraging because it helps BHE and the Ministry of Health and Wellness convey the singular importance of a unified national response. All hands must be on deck because we are all equally vulnerable. Each one must teach one and our local artists command the attention of audience groups we may not be as effective in engaging”, she said. The BHE director called on other agencies to follow CDF’s lead in joining the advocacy “thus ensuring that those within their spheres of influence are engaged and empowered to prevent the spread of this virus and its potential impact on our nation”.

Scientists and leaders the world over describe the Novel Corona Virus as “a war” visited upon the world. According to Mr. Hinkson, this terminology influenced the framing of the tagline. “There is a lot of fear and fear cripples people to their detriment. The idea is to help us shift from that place of fear; get vigilant and go on the offensive, by following all protocols we have been given,” he explained.

The “Together We Can Win This War” sound bed will be the anthem for educational messaging emanating from the BHE. A Kwéyòl version is expected to be released in the coming days, and will feature artistes under the Dennery Segment label. A music video will complement the jingle. It will be followed by a number of other multimedia components and activities.