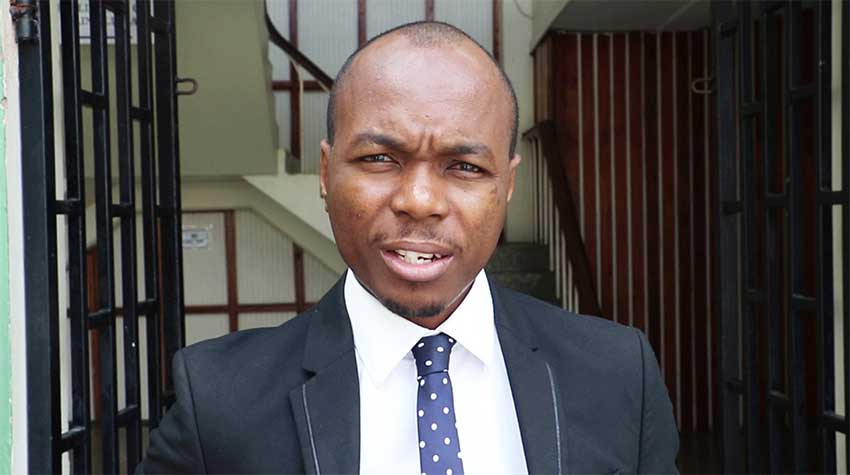 Government ministers have addressed the local rumors emanating from the global coronavirus outbreak. Minister for Tourism, Dominic Fedee and Prime Minister Allen Chastanet both spoke on the issue at Monday’s National Emergency Management Advisory Committee meeting which was held at the Financial Administrative Centre at Pointe Seraphine.

“One of the challenges that we are facing is the misinformation that is being circulated,” Fedee said, noting that employees from different hotels were told that the confirmed case of coronavirus was lodged at the hotels in which they worked.

He went on, “I must also tell you that for tourism employees there is an absolute state of panic, because the two cases that we have recorded thus far would have sent shock waves among the tourism community.”

He said the hotels had been nothing but transparent and dismissed, as “absolute falsity”, the notion that hotel management of hotels was concealing vital information from staff. He said there was a meeting by one of the hotels on Sunday to help calm the nerves of their staff and to encourage them in light of the recent discovery of COVID-19 from a visitor.

“I want to thank the Ministry of Health and the Ministry of Tourism for joining that meeting to give the support that was required so that we can bring about the confidence levels needed, for people are concerned about their health and safety,” he said.

Fedee said that he had heard a number of voice notes conveying false information.

In relation to this, he stated, “The rumor-mill is turning so fast; and if there is one enemy that we face in responding to this crisis, it is that rumor-mill. And it’s causing an unfortunate panic and shock. We all have to hold hands together and join forces from our various positions of leadership to ensure that we bring the correct information to people.”

He said that scaling down of the tourism sector while keeping hotels in operation amidst the health crisis was already causing too severe a state of shock and panic among employees. for this reason, he said that it was vital to reach out to the tourism community with consistently factual information so they would be equipped at all times to give the best possible response to every scenario.

He concluded, “And so the Ministry of Tourism, the Saint Lucia Hotel and Tourism Association (SLHTA) and the Saint Lucia Tourism Authority (SLTA) are going to form a sub-committee to ensure that we are the link of communication between the wider border and the tourism sector, ensuring that we give them timely and factual information to help fight the assault of misinformation which continues to spread across our island.”

To add to Fedee’s statements, Prime Minister, Allen Chastanet said, “I’m asking Saint Lucians to stop and desist from making this out to be worst than it is. This is at worst a respiratory disease which has been around for a very long time. We should not try to over-stigmatize it.”